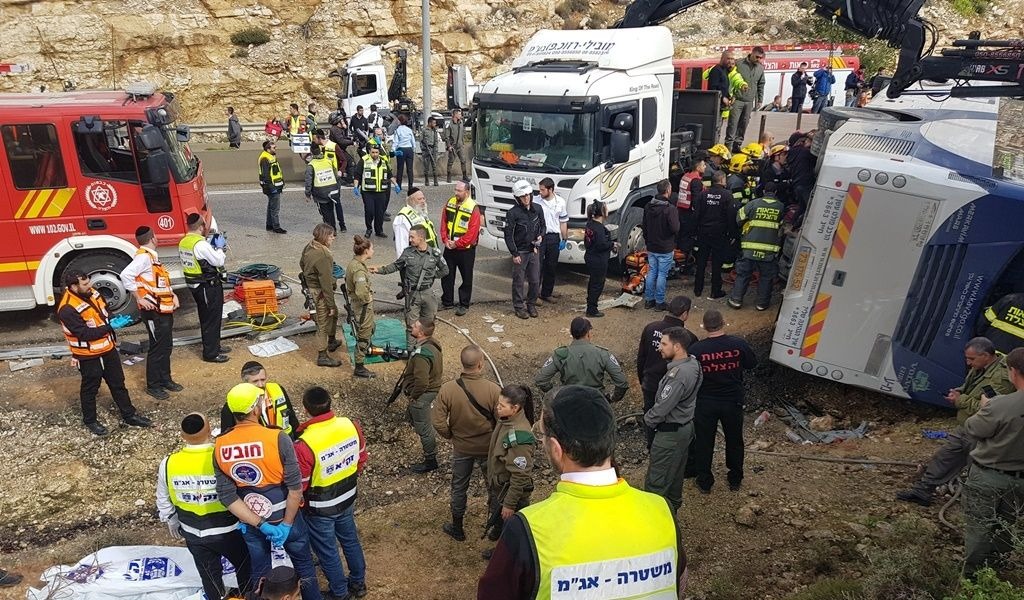 A crane works to right a public bus that overturned on Route 443 between Modi'in and Jerusalem on Feb. 10, 2019, killing 2 and injuring more than 40 passengers. (ZAKA/Natan Koenig)
Advertisement

JERUSALEM (JTA) — Two Israelis were killed and at least 41 others injured when a public bus overturned on a highway near Jerusalem.

The bus collided with a car on Route 443 as it traveled from Modi’in to Jerusalem on Sunday morning. The accident occurred outside of the Beit Horon settlement.

The bus collided with another vehicle on the rain-slicked road and then hit a guardrail, causing it to fall on its side, according to reports.

Two of the injured are reported to be in serious condition.

Three of the passengers were trapped under the wreckage of the bus. A crane was brought in to right the bus and allow rescue workers to reach them.

The cause of the crash has not yet been determined. The bus driver was questioned after the accident, according to Hebrew media reports.