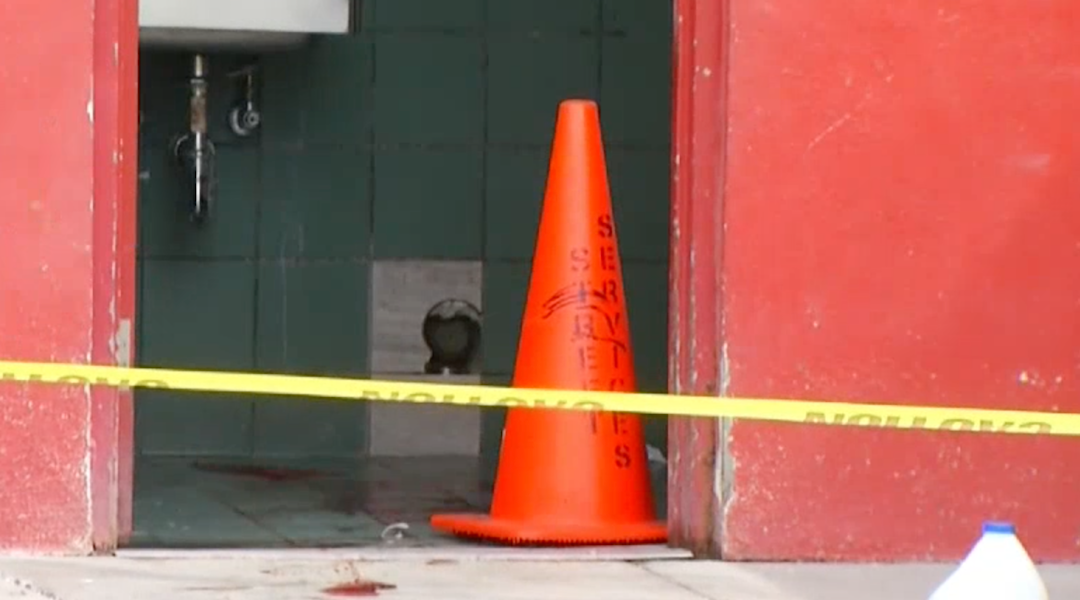 The park where the swastikas were found is near Los Angeles' Holocaust museum. (Screenshot from NBC Los Angeles)
Advertisement

(JTA) — Two swastikas drawn in blood were discovered at a public park in Los Angeles.

The Los Angeles Police Department is investigating the incident discovered Monday as a possible hate crime, according to KCBS-TV.

The park is located near the Los Angeles Museum of the Holocaust, though police do not believe the swastikas and the museum are connected.

Investigators believe the blood came from someone who had suffered an accident, a self-inflicted injury or a criminal act, Officer Norma Eisenman told CBS.

Bloodhounds followed a trail of blood for several blocks before losing the scent, according to the report.

“Acts of hate and anti-Semitism are deeply painful and have no place in the city of Los Angeles,” City Councilman David Ryu said in a statement. “With hate incidents on the rise locally and nationally, we must stand up for our diverse communities and their safety.”