2 virtual Yiddish specials for Hanukkah: A Folksbiene ‘spectacular’ and a celebratory performance of ‘The Dybbuk’ 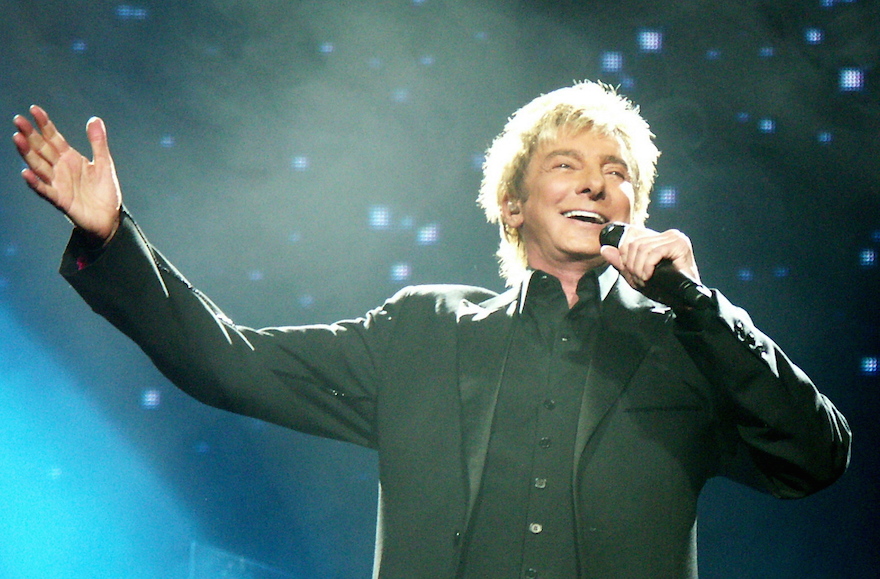 Barry Manilow is among the celebs set to appear on “A Star-Studded Folksbiene Chanukah Spectacular.” (Wikimedia Commons)
Advertisement

(JTA) — Two important cultural institutions that celebrate the mamaloshen — the National Yiddish Theater Folksbiene and the Congress for Jewish Culture — are each offering an online gift for Hanukkah.

The Folksbiene, the preeminent Yiddish theater in the U.S., will air “A Star-Studded Folksbiene Chanukah Spectacular” featuring appearances by celebrities ranging from Barry Manilow, Mandy Patinkin and Itzhak Perlman to Beanie Feldstein and Dr. Ruth Westheimer, among others.

Zalmen Mlotek, the Folksbiene’s artistic director, said that getting each of the more than a dozen stars to appear was easy: They had attended a performance of the organization’s award-winning Yiddish version of “Fiddler on the Roof” and “were thoroughly taken by it and felt a need to support us.”

In addition to the celebrities’ words of support, as well as a special audio greeting from Carol Burnett, the special will feature musical performances by a host of familiar Folksbiene regulars from Joanne Borts and Motl Didner to klezmer star Frank London.

The performance, which is free, debuts at 7 p.m. Dec. 8 (registration is required at nytf.org/spectacular). The show will be available through Saturday.

The Congress for Jewish Culture is celebrating the 100th anniversary of its first performance with a virtual performance of “The Dybbuk” featuring performers from around the world. Arguably the most famous Yiddish drama ever, the play tells the story of a young bride who is invaded by an evil spirit, or dybbuk.

The Israeli-American actor Michael Burstyn will star from Los Angeles with a cast based in New York, Buenos Aires, Berlin, Tel Aviv and Toronto. The drama will be performed in Yiddish with English subtitles and a script by Allen Lewis Rickman, who directs and provides English narration.

S. Ansky (the pseudonym of Shloyme Rappoport) wrote “The Dybbuk,” which had its Yiddish premiere by the Vilna Troupe in Warsaw in Dec. 9, 1920, at the conclusion of the 30-day mourning period for the author, who had passed away the previous month. It was a hit when first performed at the Yiddish Arts Theater in New York the following week and adapted into a film in 1937.

The anniversary performance will debut at 7 p.m. Monday and be available for free in perpetuity on the Congress of Jewish Culture’s You Tube channel.