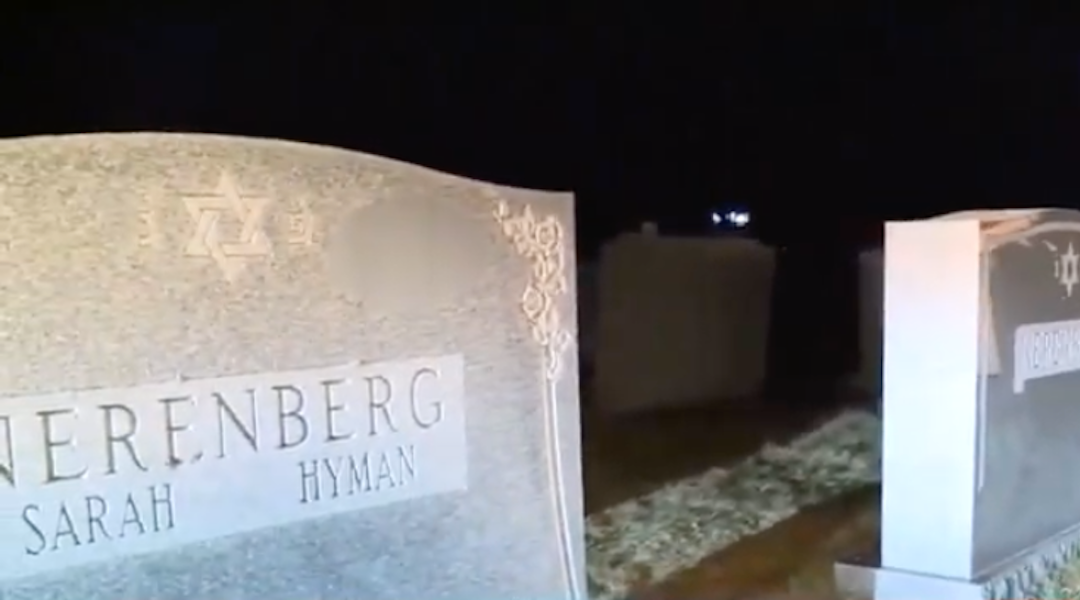 (JTA) — Swastikas and anti-Semitic epithets were drawn on at least 30 gravestones at a Jewish cemetery in southern Massachusetts.

The vandalism at the Hebrew Cemetery in Fall River, Massachusetts occurred over the weekend, police told local media.

Among the graffiti written in black marker were “Heil Hitler,” “Hitler was right,” and “Oy vey, this is MAGA Country.” MAGA refers to the slogan from President Donald Trump’s 2016 presidential campaign standing for Make America Great Again.

The graffiti were noticed on Sunday after police officers visited the cemetery, responding to a report that a suspicious vehicle had been parked there for two days, the Providence Journal reported. The car was gone when police arrived at the cemetery on Sunday afternoon.

Police in Fall River are investigating the incident.