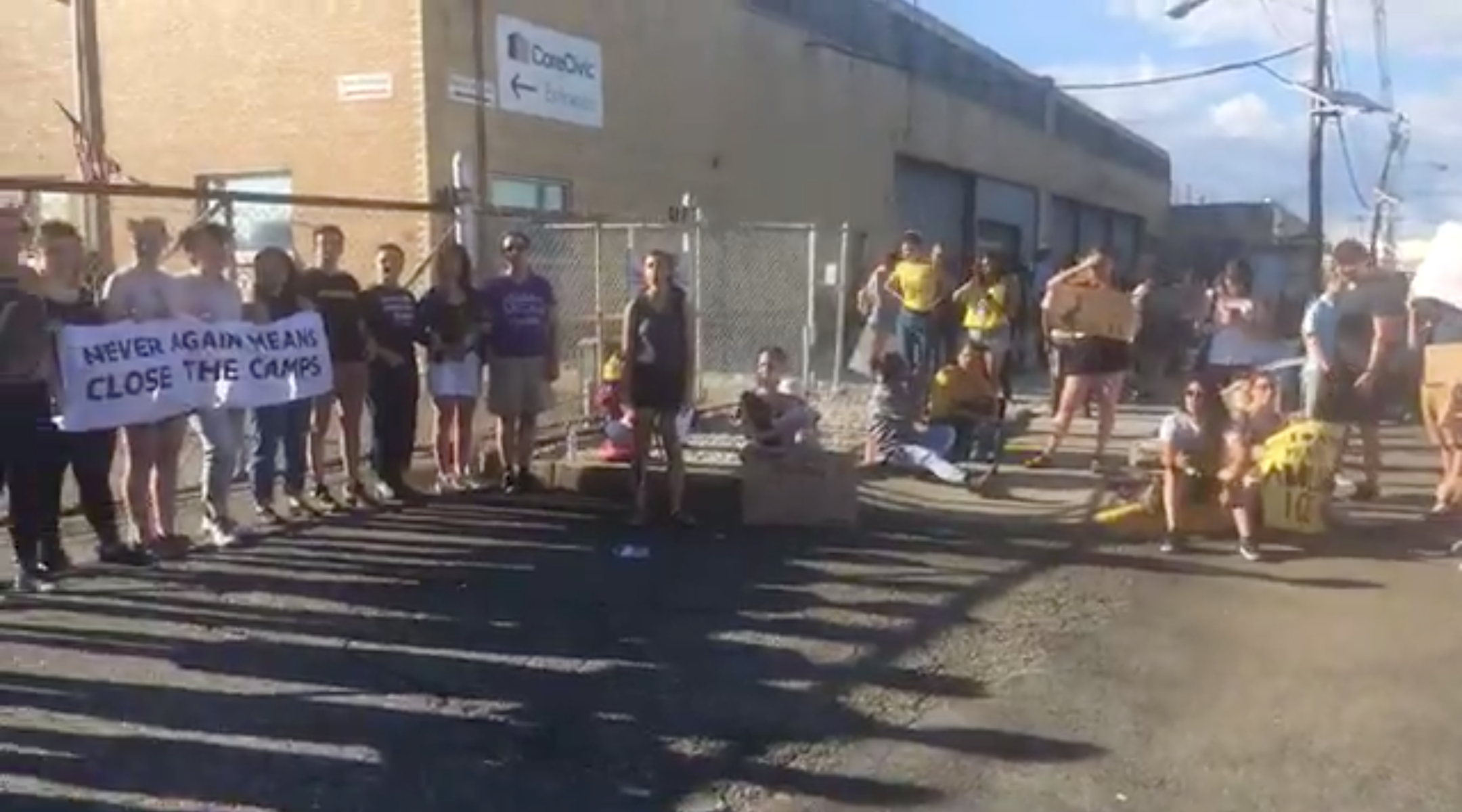 (JTA) — Thirty-six activists from a Jewish group arrested during a demonstration in front of an Immigration and Customs Enforcement detention center in Elizabeth, New Jersey, have accepted a plea deal that keeps them out of prison.

The protesters from the Never Again Action organization were arrested on June 30 after blocking the access road to the detention center and refusing to move, according to NJ.com. The group also did not have a permit to gather at the site. Hundreds of Jews, mostly young people, attended the protest.

All 36 activists accepted the plea deal Monday in which they were charged with disturbing the peace and ordered to pay $133 in fines.

The protesters issued a statement after the hearing noting that the facility is operated by CoreCivic, a private prison company, and saying “the real crimes are the ones being committed every day inside these ICE facilities.”

“The detention of our neighbors in abusive, unlivable facilities like this one should upset all of us,” the statement said. “As members of the Jewish community, we’ve seen this system of dehumanization before, and know that it extends well beyond the boundaries of any building.”