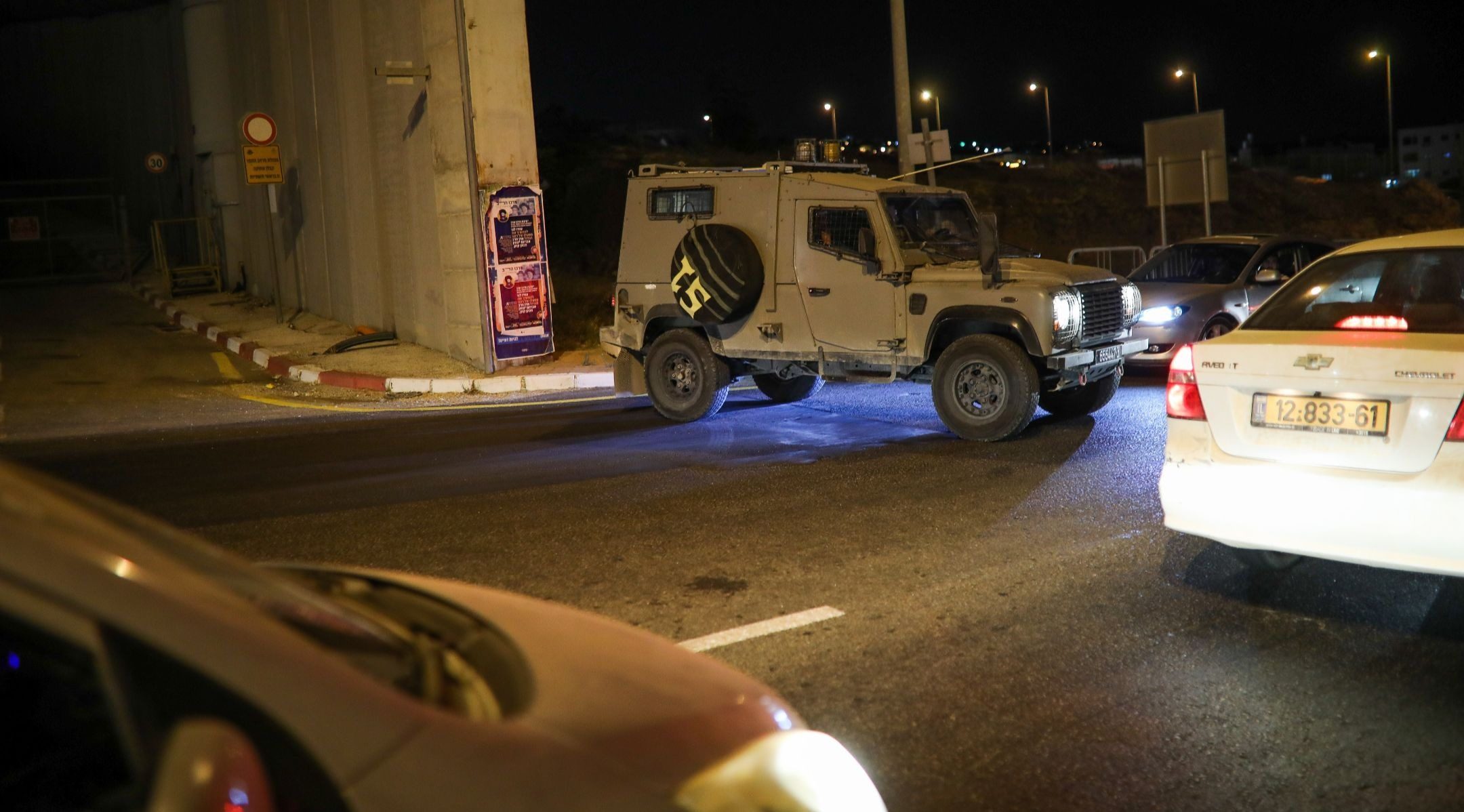 Cars at a standstil at the Hizme checkpoint northeast of Jerusalem following a car-ramming attack that injured five Israeli soldiers early on July 7, 2019. (Hadas Parush/Flash90)
Advertisement

JERUSALEM (JTA) — Five Israelis soldiers were injured in a car-ramming attack in the West Bank.

The driver suspected of ramming his car in to the group of soldiers near the Hizme checkpoint northeast of Jerusalem, was arrested later the same night after a manhunt, the IDF said in a statement issued on Sunday morning.

The driver was arrested, along with his father, in Hizme and taken for questioning, according to the report.

The soldiers were in the area on an “operational mission.” They were evacuated to two Jerusalem hospitals with three of the soldiers moderately injured and two lightly injured.

The IDF said in its statement that the attack was terrorist in nature, and that the driver ran them over on purpose.