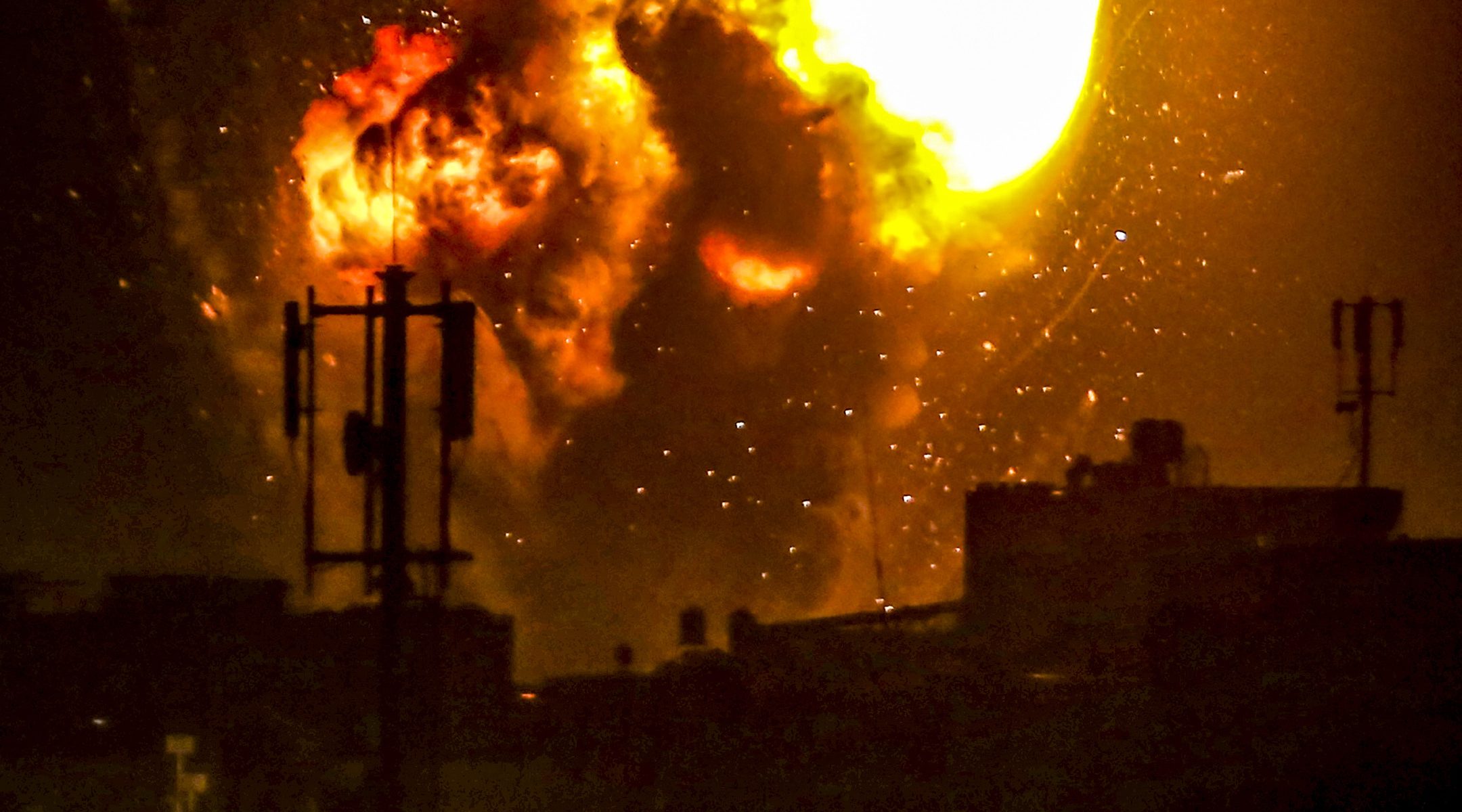 Dutch academics signed a petition in response to strikes by Israel on Gaza like the one seen here, May 16, 2021. (Abed Rahim Khatib/Flash 90)
Advertisement

AMSTERDAM (JTA) — Hundreds of academics have signed a petition calling on the Dutch government to sever relations with Israel over what they perceive as Israeli violations of international law in responding to Hamas rockets from the Gaza Strip.

Among the 564 signers is a researcher at a state Holocaust research institute.

“We declare we join the calls of our Palestinian colleagues to boycott Israeli academic institutions,” reads the petition, which is titled “Netherlands higher education stands in solidarity with Palestinians.” The document also calls on the Dutch government to “sever all economic, political and Military ties with Israel.”

The document says Israel violated international law in its response to the thousands of rockets launched into its cities this month to avenge what Hamas said was the violation of religious and civil rights of Palestinians in Jerusalem. Israel struck back at Hamas in Gaza, killing at least 230 people. In Israel, 12 died as a result of rocket fire. A ceasefire was reached early Friday following 11 days of fighting.

Kylie Thomas, a South Africa native, was the only one from the Netherlands Institute for War, Holocaust and Genocide Studies, or NIOD, who signed the petition.

Its director, Frank van Vree, said Thomas’ views do not represent the institution, “which as a research institute does not take a position on this action,” he wrote to the Jewish Telegraphic Agency. NIOD has no intention of limiting its cooperation with any of its current partners, he added.