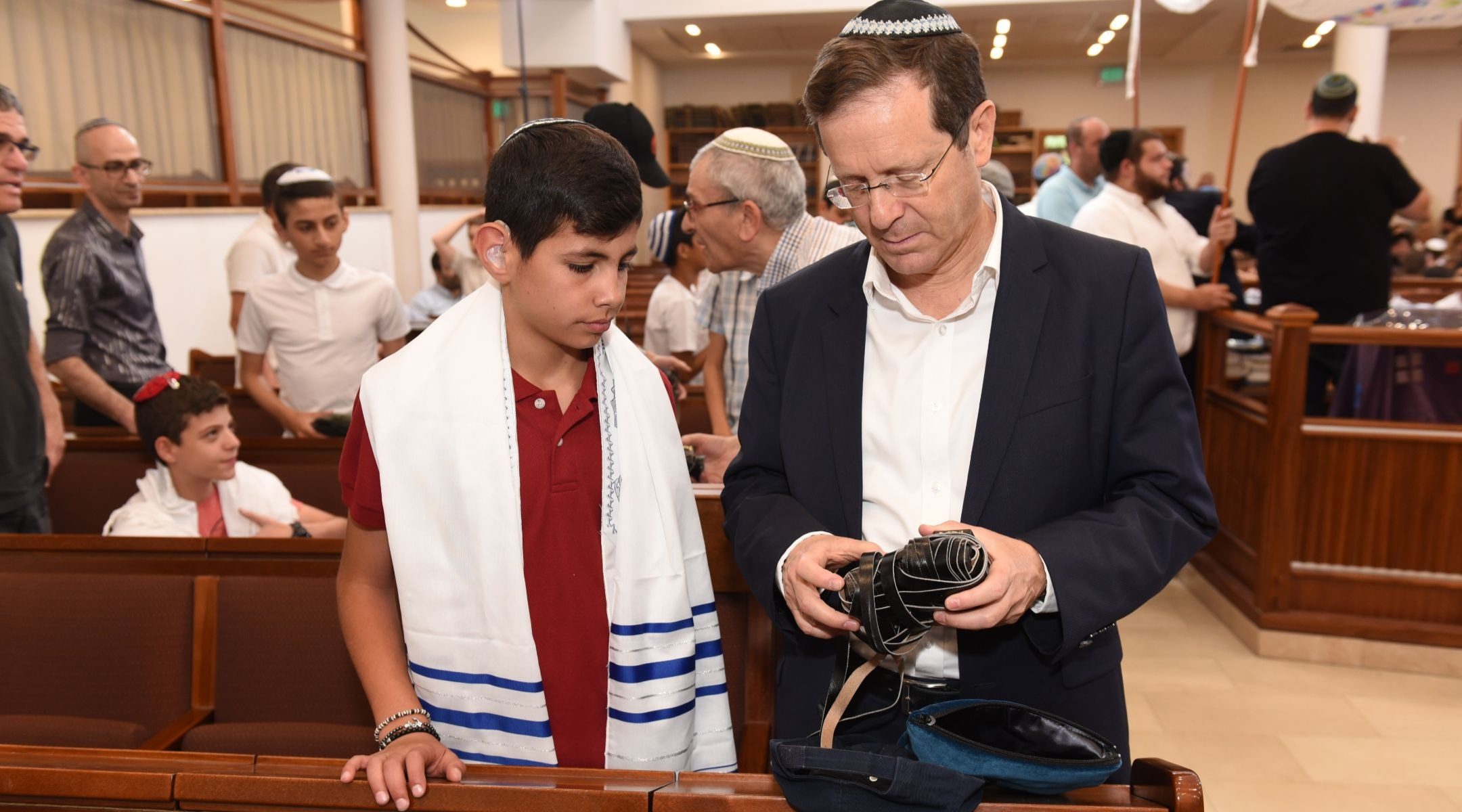 Jewish Agency head Isaac Herzog helps a participant in a bar and bat mitzvah for deaf teens to unwrap his tefillin at the Nitzanim Synagogue in Jerusalem on May 20, 2019. (Nachshon Philipson)
Advertisement

They also visited the Western Wall, with the tour presented in sign language.

The bar and bat mitzvah at the Nitzanim synagogue in the Baka neighborhood and Western Wall visit, both on Monday, were sponsored by the International Young Israel Movement, which provides programming and support of the Israeli deaf community, and the Jewish Agency for Israel.

They were joined by New York-based poet and performer Douglas Ridloff, who is deaf. Ridloff was in Israel on behalf of the SignTalk Foundation, a U.S.-based nonprofit organization that promotes public awareness of the signing community.

Jerusalem was the site of the international launch of the foundation’s online social network, SignTalkers, including a signed performance by Ridloff, with his American Sign Language performance translated into Israeli Sign Language for the audience. An initial launch celebration took place in New York City on May 8.

“Unlike other social media platforms, this exclusive space will serve to provide a home away from home to meet, share and interact with members of the signing community around the world,” Dr. Joseph Geliebter, founder and executive director of SignTalk Foundation, said in a statement.

Jewish Agency chair Issac Herzog, who attended the bar and bat ceremony, called it “a deeply emotional one for all of us and their parents in particular, and I welcome this opportunity to wish all of those celebrating a big mazal tov.”