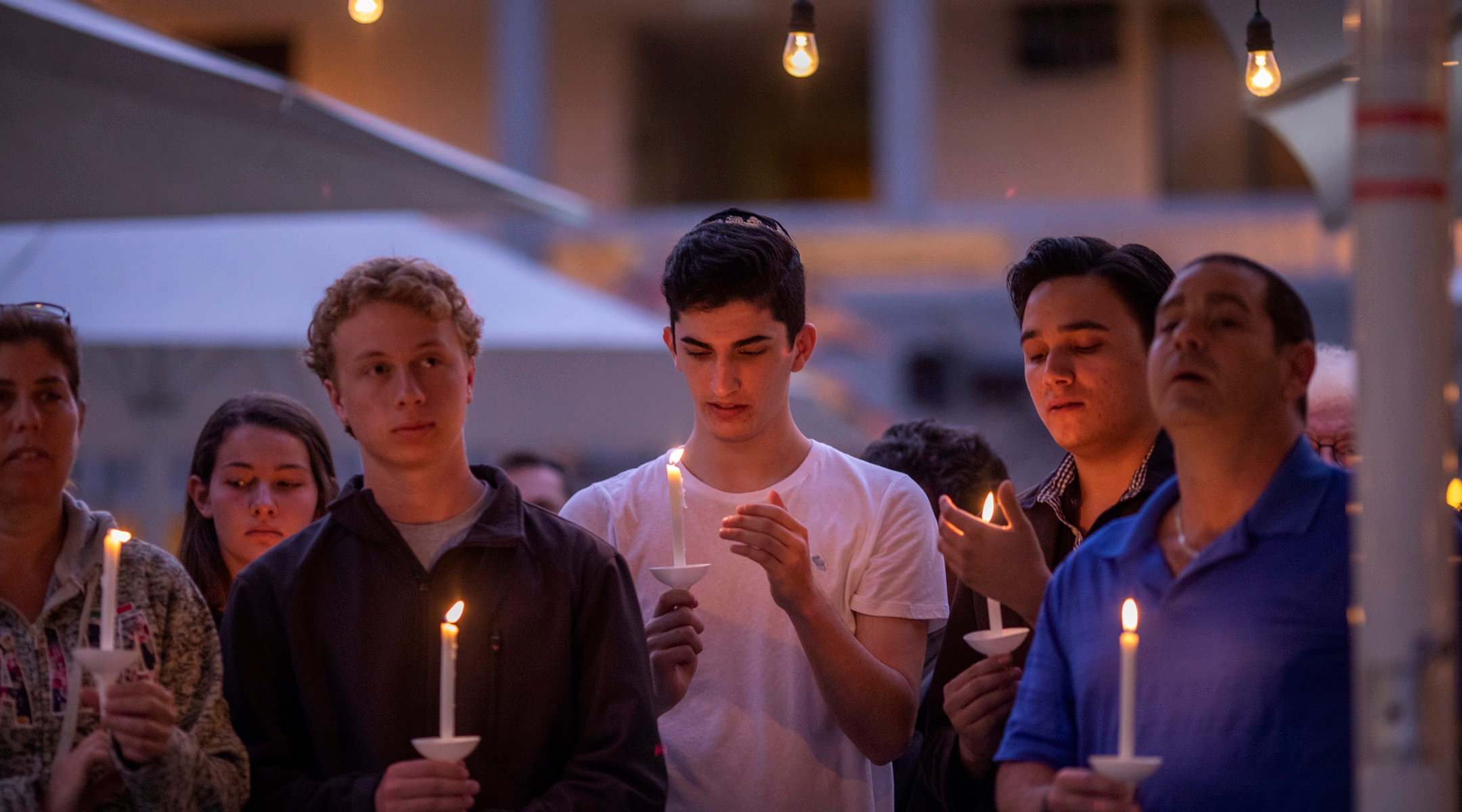 POWAY, CA - APRIL 27: People attend a prayer and candlelight vigil at Rancho Bernardo Community Presbyterian Church on April 27, 2019 in Poway, California. A gunman opened fire at the nearby Congregation Chabad synagogue on the last day of Passover leaving one person dead and three others injured. The suspect is in custody. (David McNew/Getty Images)
Advertisement

(JTA) — On the Shabbat morning of April 27, a 19-year-old with a gun killed Lori Gilbert-Kaye and injured several others at the Chabad of Poway outside of San Diego.

But before the sun had set and observant Jews were able to see the news, another teenager decided to take action.

The 15-year-old, who asked to be identified only by his first name, told the Jewish Telegraphic Agency that while he had “never been to Poway,” and doesn’t personally subscribe to the rules of Shabbat, he didn’t want to waste any time in helping raise money.

“I thought it was important to get it up and running as soon as possible,” said Cameron, who asked to be identified only as someone who lives across the country from California.

GoFundMe certifies that donations made through its site always go to the intended beneficiaries, and Cameron said the company had indeed reached out to confirm that the funds would be sent directly to the Chabad of Poway.

“I can’t control or see the money, all I do is edit the page,” he told JTA.

Asked what motivated him to move so quickly, Cameron said the only thing worse than a tragedy is “when you can’t do anything about it.”

At the time of publication, the GoFundMe effort had raised $53,421.