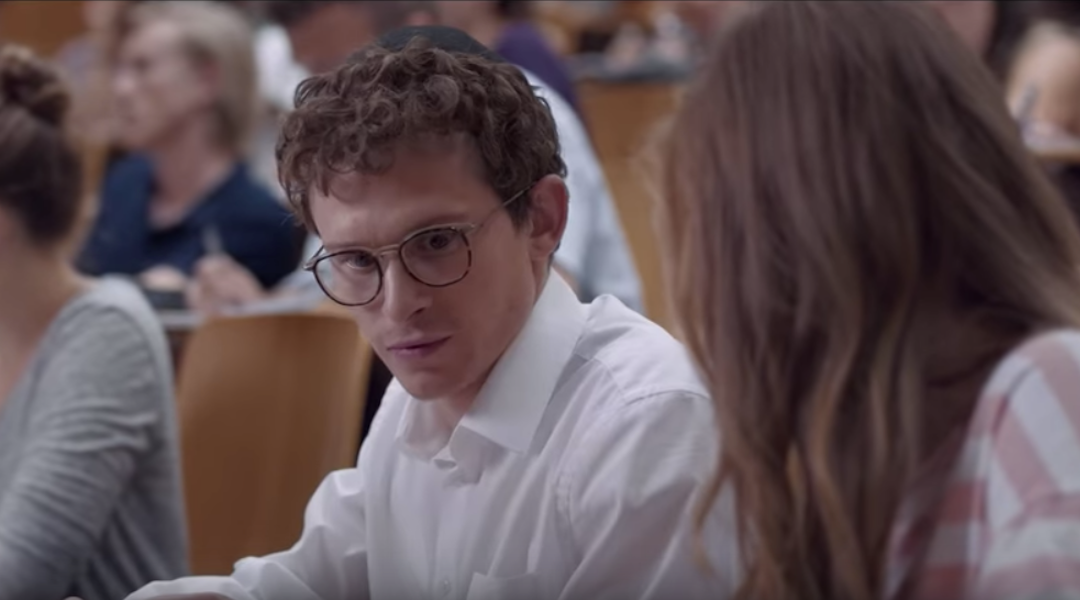 Joel Basman, a Swiss-Israeli actor, stars in "The Awakening of Motti Wolkenbruch." (Screenshot via YouTube)
Advertisement

(JTA) — A new Netflix rom-com may be its most Jewish offering yet.

“The Awakening of Motti Wolkenbruch” takes place in the Orthodox community in Zurich, Switzerland.

The titular character is a young man whose mother desperately wants him to marry a nice Jewish woman. But Motti, who is played by the Swiss-Israeli actor Joel Basman, ends up falling for a non-Jewish student named Laura, whom he meets at university.

The film came out in Switzerland in 2018 but joined the Netflix lineup last month. It is based on a novel “Wolkenbruch’s Wondrous Journey Into the Arms of a Shiksa” by the Swiss-Jewish author Thomas Meyer, and features dialogue in Yiddish and German.

Check out a the trailer for the film below.