A Senate committee is questioning nominees about their faith. An Orthodox Jewish group says that’s wrong. 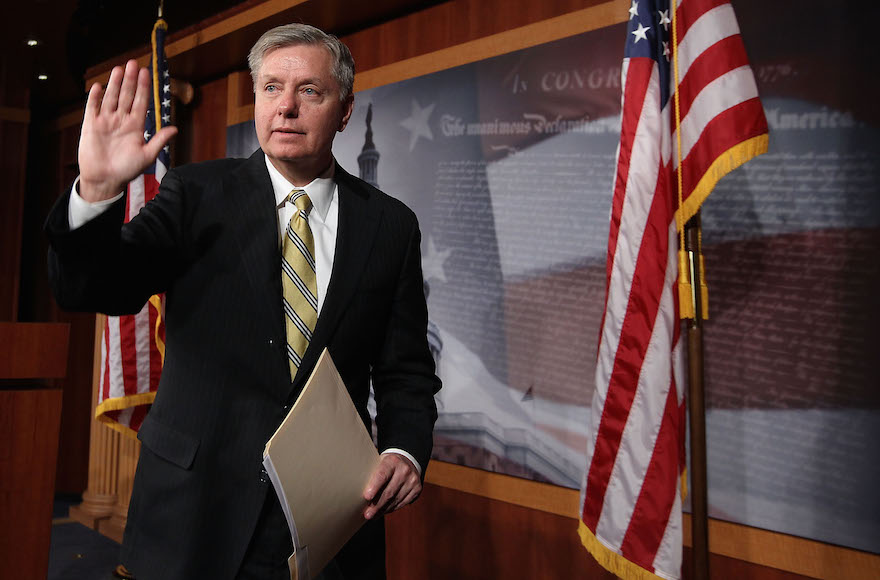 (JTA) — Nominees for federal judgeships should not be questioned about their religious faith or membership in a religious organization, the Orthodox Union said.

The line of questioning has come up during Senate Judiciary hearings several times in at least the last year  and amounts to religious intolerance, the O.U. said in a letter sent Monday to the committee’s chairman and ranking member, Sens. Lindsey Graham, R-S.C., and Dianne Feinstein, D-Calif., respectively.

The letter said that a religious test for office is explicitly prohibited by Article VI of the U.S. Constitution.

Catholic nominees, who may belong to groups that are against abortion and same-sex marriage, for example, have faced tough lines of questioning from Democrats in the committee in recent months.

“We – especially as members of a minority faith community – must convey our alarm; for we know that intolerance applied to one faith community endangers the religious liberty of all faith communities,” the O.U. wrote in its letter.

The chairman of the U.S. Bishops Committee for Religious Liberty, Archbishop Joseph Kurtz of Louisville, Kentucky, wrote a similar letter to the committee this week.