After a season of bitter mutual complaints, a Jewish umbrella body comes to a decision: Not to decide 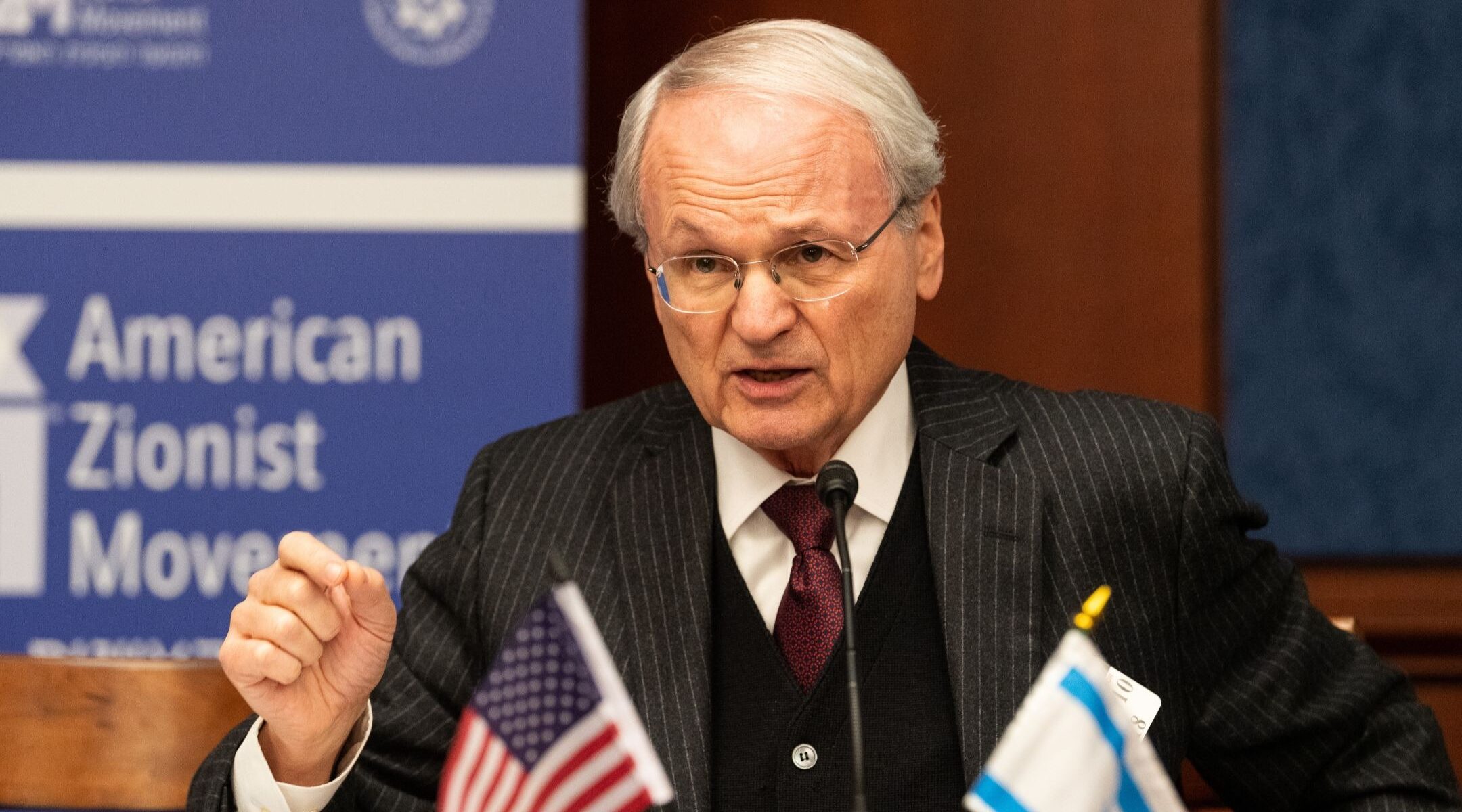 (JTA) — The main foreign policy umbrella for the U.S. Jewish community came to a decision to not come to a decision on whether its members inappropriately disparage one another.

Earlier this year, HIAS, the Jewish community’s lead immigration advocacy group, accused the Zionist Organization of America, its fellow member of the Conference of Presidents of Major American Jewish Organizations, of disparagement. Klein had among other things said HIAS was not a Jewish organization. HIAS sought redress under the Conference’s rules, which could result in anything from a reprimand to the ZOA’s ouster.

Other groups cheered and called ZOA’s president, Mort Klein racist. Klein countered by accusing the groups of disparagement for calling him a racist, and filing his own complaint against an array of groups.

The Conference told members on Monday that it had suspended its adjudication process and dismissed all pending complaints. The Statement on Public Discourse, which bans constituents from disparaging one another, remains in effect, but is for now unenforceable, said the note from the Conference’s CEO, William Daroff.

The committee that adjudicated complaints, the Process and Procedures Committee, last week unanimously voted to suspend its adjudication of violations of the Statement on Public Discourse and to dismiss all outstanding complaints. The Conference’s executive then affirmed that decision. The entire 50-plus membership of the conference will meet later this year to reaffirm the decision.

“These decisions reflect the recognition that while the Statement’s goal of promoting organizational comity is laudable, as currently formulated, it is not practically enforceable by the Conference,” Daroff said in the note. “In addition, the enforcement process results in more communal division than unity, and significant Conference time and resources are consumed by enforcement matters.”

Daroff’s statement said the conference intends “to explore other models to promote civil communal discourse over the months ahead.”

An insider told the Jewish Telegraphic Agency that the Statement on Public Discourse as it stands is too vague and overly susceptible to multiple interpretations of what does and does not constitute disparagement and that the process of adjudication is too long and involved. The Conference would examine other umbrella bodies adjudication procedures, said the insider, citing Chambers of Commerce as an example.