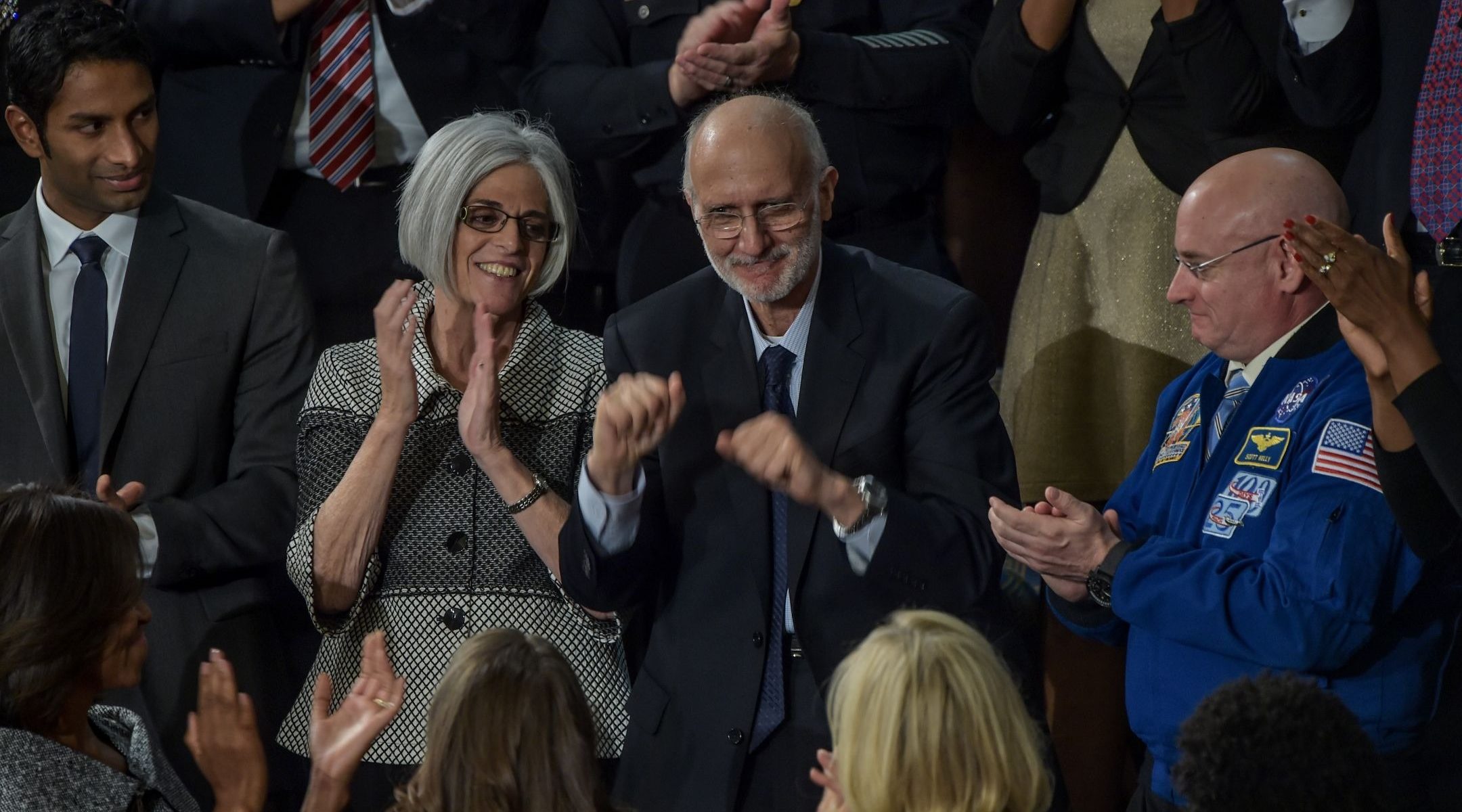 Alan Gross is shown in December 2014 at a news conference in Washington shortly after his release from a Cuban prison. His wife, Judy, is at right. (Win McNamee/Getty Images)
Advertisement

WASHINGTON (JTA) — Alan Gross, who was imprisoned in Cuba for five years for trying to connect its Jewish community to the internet, said Bernie Sanders praised Cuba during a prison visit.

“He said, quote: ‘I don’t know what’s so wrong with this country,'” Gross, 70, told NPR in a story posted Wednesday.

Gross, who like Sanders is Jewish, said the Vermont senator — now a leading candidate for the Democratic presidential nomination — was otherwise unengaged during Gross’s hourlong meeting in 2014 with three senators. He was released later that year.

The other two were Jon Tester, D-Mont., and Heidi Heitkamp, D-N.D. Tester and Sanders would not comment to NPR. Someone close to Heitkamp, who is no longer in the Senate, told NPR that Sanders seemed to disregard the meeting and that there was an uncomfortable exchange between Sanders and Gross, although she could not confirm Sanders’ alleged statement.

Sanders has come under fire for his qualified criticism of the Castro regime in a recent CBS “60 Minutes” interview. He called Cuba’s government authoritarian, but also praised its literacy programs and health care for all.

Gross, a strident critic of President Donald Trump, told NPR that he opposes Sanders’ bid for the presidency.

“I just think, you know, it was a stupid thing for him to do,” Gross, who splits his time between the United States and Israel, told NPR. “First, how could he not have seen the incredible deterioration of what was once the grandeur of the pre-Castro era. And two, how could be so insensitive to make that remark to a political hostage — me!”

Gross was convicted of crimes against the state for his work as a subcontractor of the U.S. State Department connecting the Jewish community to the internet.

Sanders was leading the Democratic race for a period but now trails former Joe Biden in the delegate race.