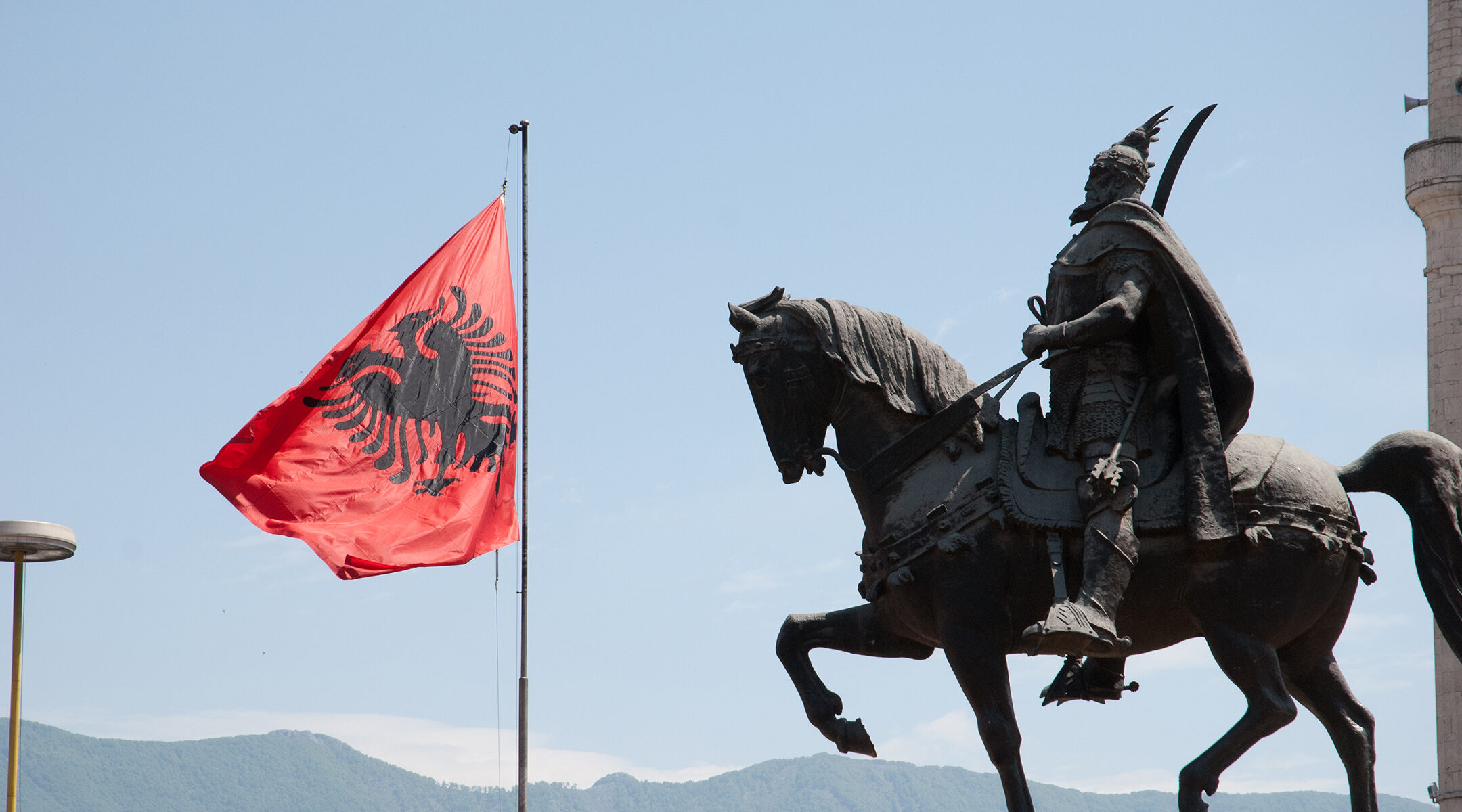 The Albanian flag flies over Skanderbeg Square in Tirana, Albania on May 12, 2010. (Flickr/Thomas Quine)
Advertisement

The Kuvendi, Albania’s parliament, on Thursday passed a resolution on adopting the definition that the International Holocaust Remembrance Alliance, or IHRA, presented in 2016. Albania is the second Muslim-majority country to do so, following Kosovo’s lead earlier this year.

The vote is “an expression by the Albanian Parliament of the world-renowned feelings and attitudes of the Albanian people for the protection of the Jews as well as a contribution to making Albania a regional leader of the united front in the fight against anti-Semitism,” a statement on the parliament’s website said.

The IHRA working definition describes various forms of anti-Semitism, including hatred and discrimination against Jews and Holocaust denial. It also includes examples of anti-Israel vitriol it defines as anti-Semitic, including comparing that clountry to Nazi Germany; denying the Jewish people their right to self-determination, and a”pplying double standards by requiring of it a behavior not expected or demanded of any other democratic nation.” Criticism of Israel similar to that leveled at any other country is not anti-Semitic, the definition also states.

Palestinians and other critics of the definition oppose it, saying it limits free speech.

Albania, where many residents saved Jews during the Holocaust, is scheduled to host next week an online conference attended by top diplomats from across the Balkans and State Secretary Mike Pompeo.

The definition includes classical forms of “hatred toward Jews,” and its examples section also mentions Israel eight times, listing as examples behaviors such as “claiming that the existence of a State of Israel is a racist endeavor” and “applying double standards by requiring of it [Israel] a behavior not expected or demanded of any other democratic nation.” Comparing Israel to Nazi Germany is also listed, along with “accusing the Jews as a people, or Israel as a state, of inventing or exaggerating the Holocaust.”

IHRA adopted the definition after the European Union in 2012 dropped a similar text that some pro-Palestinian activists protested, citing alleged free speech issues.