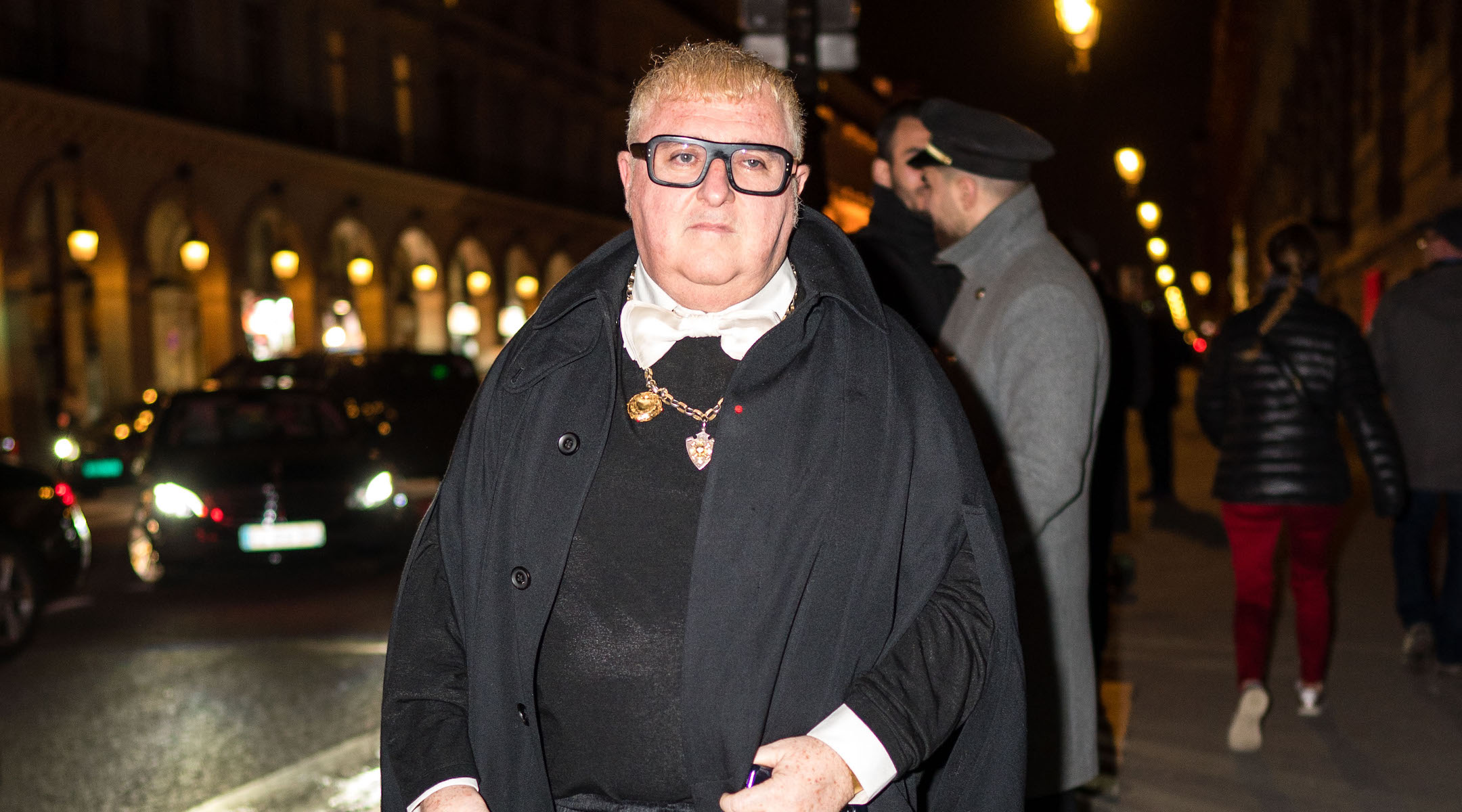 (JTA) — Alber Elbaz, a designer who earned the affection of his clients for not defying the natural contours of their bodies, has died at 59.

Elbaz, an Israeli who was born in Morocco, died Saturday in Paris from COVID-19.

He studied at the Shenkar school of design near Tel Aviv. In 1985, his mother encouraged him to pursue his passion for fashion design in New York. He dropped the “t” at the end of his first name so Americans would pronounce “Alber” as he had been raised to say it.

Elbaz moved up quickly at a number of fashion houses, but his most notable years were with Lanvin from 2001 to 2015.

His designs there attracted an array of celebrities, including Beyonce, Natalie Portman, Kim Kardashian and Michelle Obama. He insisted on designs that could accommodate women where they lived and not where a fashion industry that often idealized the female figure to a fault dictated they should be.

“The red carpet has gone from elitist to popular,” the Guardian quoted him as saying during his stint at Lanvin.

Elbaz told the same newspaper in 2009 that his own weight informed his design, creating work that allowed women to emphasize and de-emphasize what they wanted in their look.

“I am overweight, so I am very, very aware of what to show and what not to show,” he said, “and I am sure there is a huge link with being an overweight designer and the work I do.”

Accepting an award in 2015, he said, “What can I do for a woman to make her life better and easier? How can I make a woman more beautiful?’”

Suzy Menkes, an influential fashion writer, once said that Elbaz “is every woman’s darling,” although he also designed for men like Pharrell Williams and Harry Styles.

His ecumenism brought a relief even to the celebrities whose looks were setting the trends. Portman, like Elbaz an Israeli citizen, in 2007 called him her “ultimate fashion philosopher-mentor,” according to The New York Times obituary.

“He says things to me like ‘Wear flats. You’re short. It’s much cooler not to pretend,’” Portman told Time magazine at the time, which named him as one of that year’s 100 most influential people.

Elbaz’s departure from Lanvin was a shock and apparently related to internal politics at the legacy brand. He surprised the industry by waiting until this year to dive back in, launching his own line called AZ Factory.

His clients took to social media to remember a joyful man who never made them feel uncomfortable.

“My first time to Paris I was surprised with a lunch with Alber and I almost fainted when he walked in,” Kardashian said on Instagram. “He was the most warm and welcoming … Our fittings were filled with laughs and hugs! What a sweet soul.”