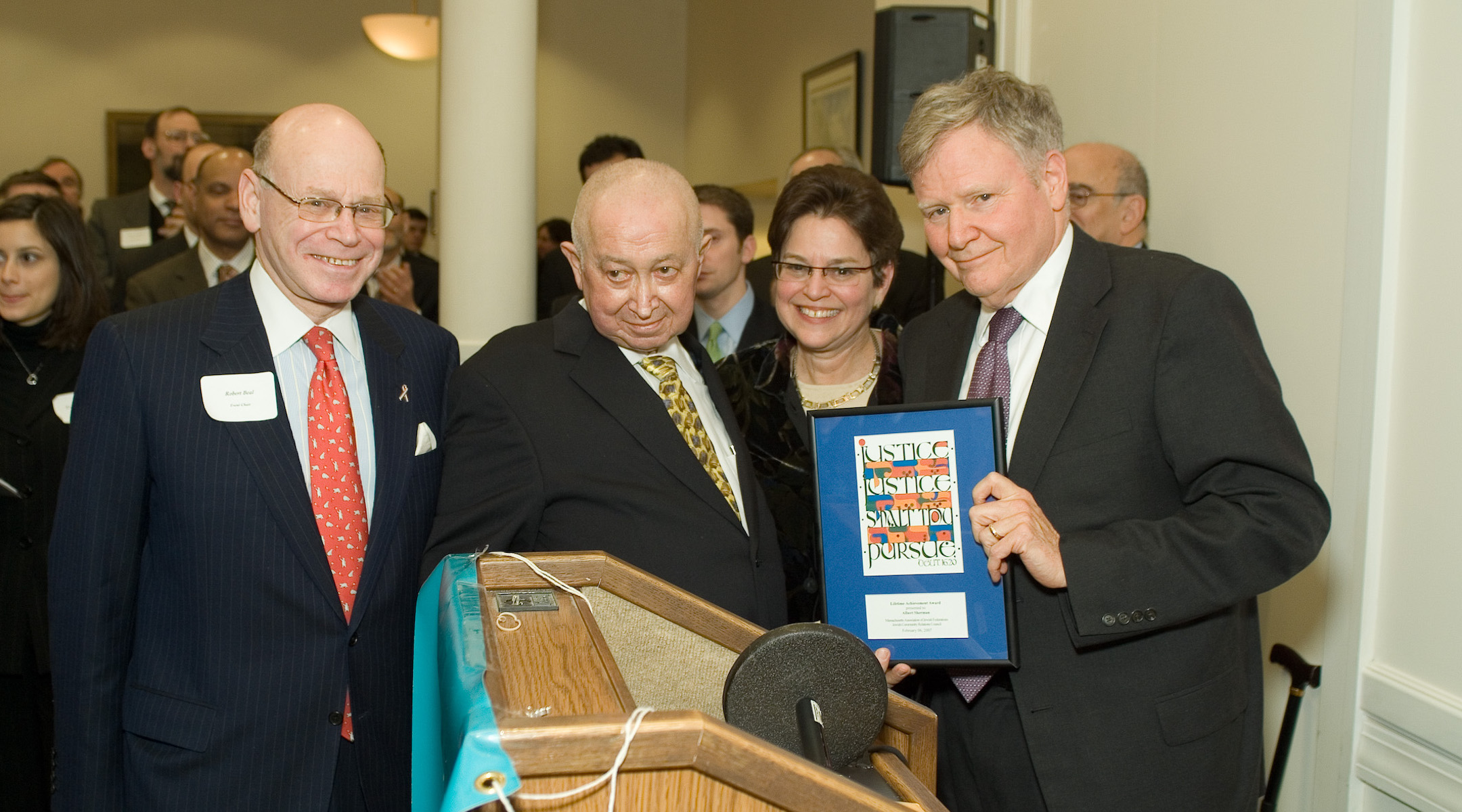 Albert Sherman, second from left, is presented with a lifetime achievement award in 2007 from the Jewish Community Relations Council of Greater Boston. From left: Robert Beal, Sherman, Nancy Kaufman, then JCRC executive director, and Barry Shrage, then president of the Combined Jewish Philanthropies. (Courtesy of the JCRC of Greater Boston)
Advertisement

BOSTON (JTA) — Albert Sherman, a pillar of the Boston Jewish community who was influential in civic life and the medical community, has died.

Sherman, who died Monday at 81, is being remembered as a behind-the-scenes guide to politicians such as Deval Patrick, the former Massachusetts governor, as well as a generous mentor and a kind and caring man who quietly helped people from all walks of life.

Known widely as “Albie,” Sherman transformed humble beginnings as the son of Ukrainian Jewish immigrants through public education, becoming a pharmacist, then a hospital and medical school executive.

He held leadership positions at the Combined Jewish Philanthropies, the New England Anti-Defamation League, the New England-Israel Chamber of Commerce and the Jewish Community Relations Council of Greater Boston.

“There was no one like Albie, a unique personality uniquely able to relate to every ethnic group and to government at every level,” Barry Shrage, former president of Combined Jewish Philanthropies of Greater Boston, told the Boston Globe. “We won’t be able to replace him, and we’ll miss him.”

The Albert Sherman Center, a $400 million research facility, is named in his honor at UMass Medical Center, where he served as vice chancellor for university relations.

A passionate supporter of Israel, Sherman initiated and personally led delegations of the state’s political, business and academic leaders to Israel.

For some 40 years, he served as chief usher at Temple Emeth in Brookline, where his funeral was held on Wednesday.

Sherman is survived by his wife, Linda, three children and three grandchildren.