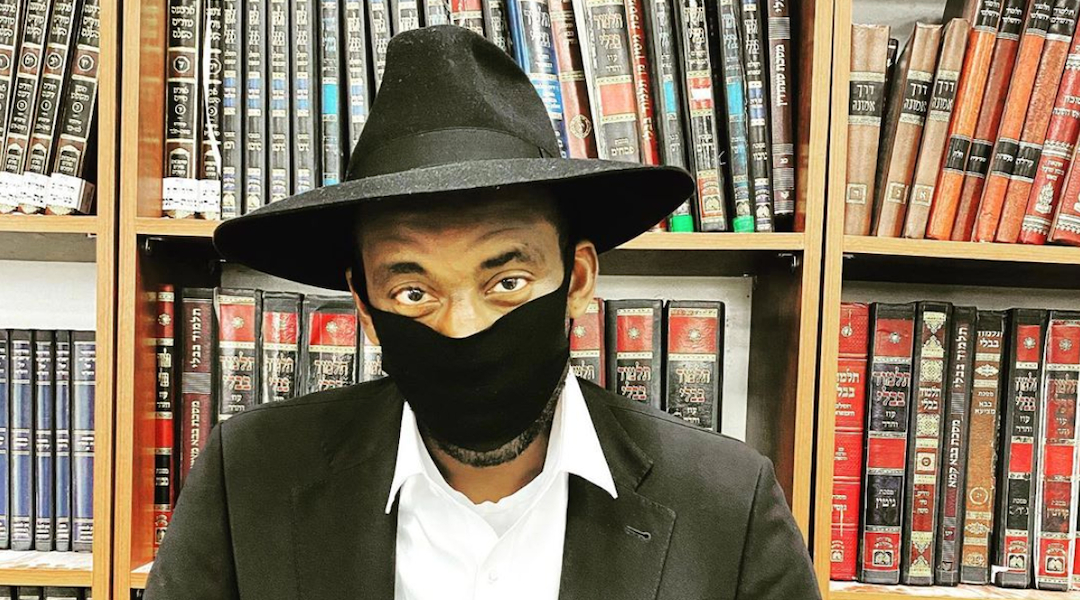 (JTA) — Amar’e Stoudemire has officially finished his conversion to Judaism.

The former NBA star, who received Israeli citizenship in March 2019 while playing professional basketball there, announced Wednesday in a post on Instagram that his conversion to Judaism is complete.

Stoudemire said in the post that he had his final meeting with the beit din, or rabbinical court, and visited the mikvah, or ritual bath.

He announced more than two years ago that he was in the process of converting to Judaism.

Stoudemire identifies with the Hebrew Israelites, African-Americans who believe they are connected to the biblical Israelites, and observes Jewish holidays.

The 6-10 forward played for the New York Knicks and Phoenix Suns among other teams in a 16-year NBA career, during which he was named Rookie of the Year and made six All-Star teams. He also played for Hapoel Jerusalem from 2016 to 2019 and remains a part owner of the Israeli team.

In January, after playing three months for the Fujian Sturgeons in the Chinese Basketball Association, he signed with Maccabi Tel Aviv of the Israel Basketball League. He was named Most Valuable Player of its championship game.