Amid unrest, Moldova says it will move its embassy to Jerusalem 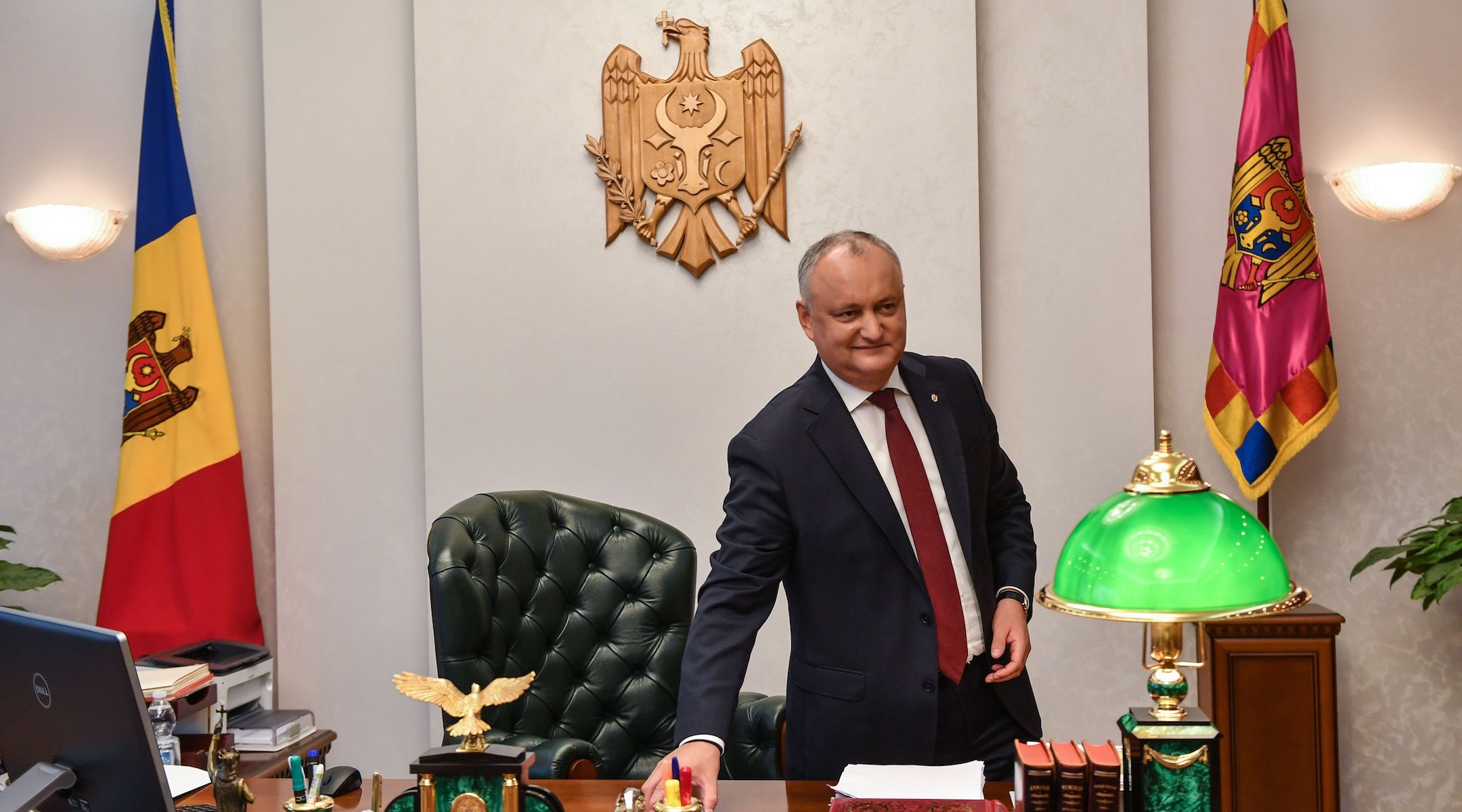 Moldovan President Igor Dodon smiles during an interview with AFP at his office in Chisinau city, June 11, 2019. The poor ex-Soviet state, nestled between Romania and Ukraine, has been in political chaos since February when a general election failed to give a clear majority to any party. (Daniel Mihailescu/AFP/Getty Images)
Advertisement

(JTA) — Moldova will move its embassy in Israel to Jerusalem from Tel Aviv, the government of the small Eastern European country said Tuesday.

The statement tied the decision, which would make Moldova the only European country with its embassy in Jerusalem, to internal unrest and the sale of the land for the construction of a new American embassy in Chisinau, the Moldovan capital.

“We are in the situation to urgently adopt these decisions taking into account the political instability and uncertainty in the country, but also the latest political developments whereas one of the political parties that constantly blocked these two projects is attempting an illegal takeover of power,” the government under its acting prime minister, Pavel Filip, wrote in the statement.

“These are two commitments that we have previously undertaken and we want to make sure they will be respected, regardless of what happens after the snap elections.”

Following the constitutional crisis, Filip dissolved parliament and called an election for September.

“Both projects are commitments undertaken by the Government of the Republic of Moldova and the Government acted in order to avoid their long term blockage by the political crisis in the country,” he added.

The United States moved its embassy to Jerusalem from Tel Aviv last year. Israel has urged other countries to follow suit.