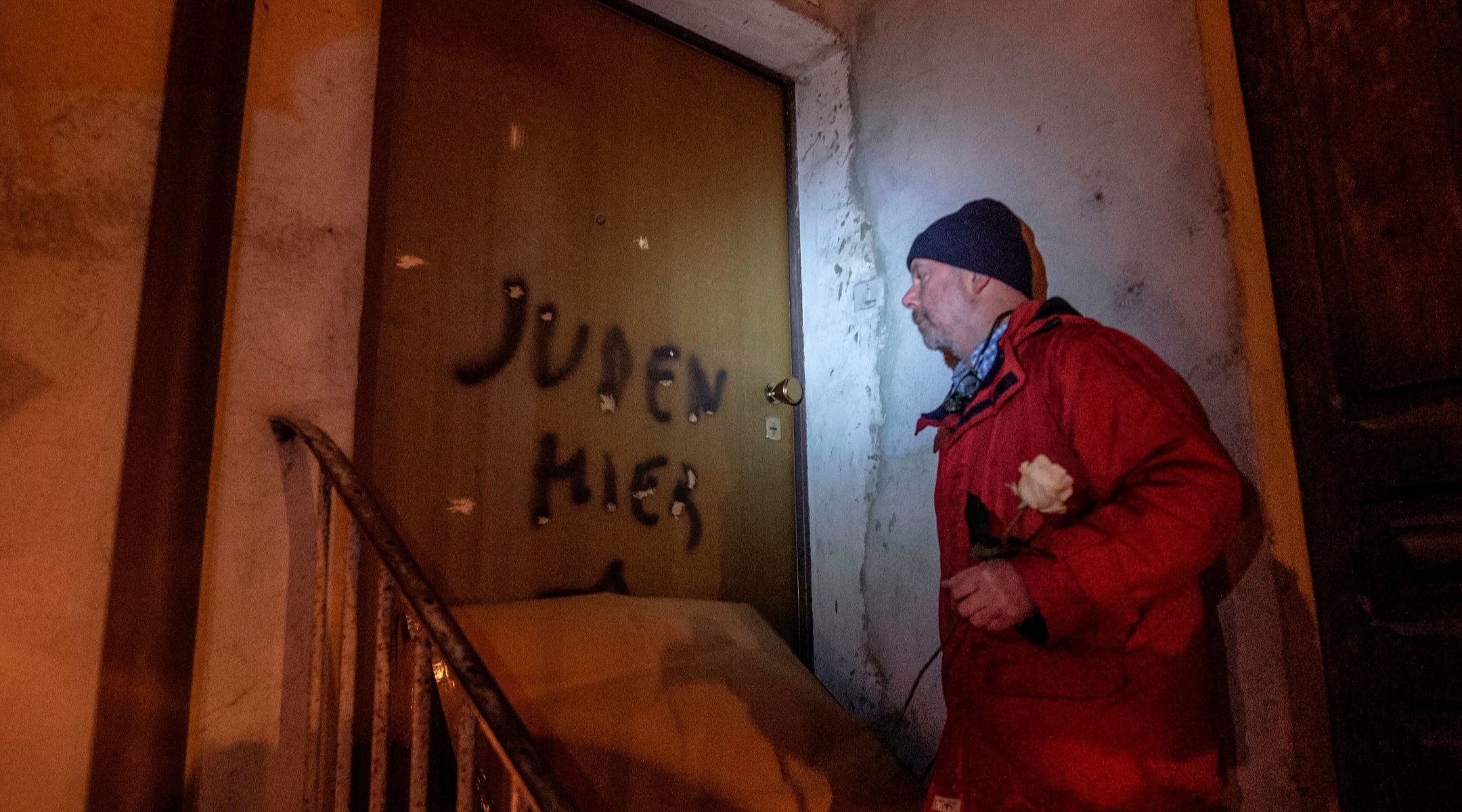 Aldo Rolfi, son of Italian writer and Holocaust survivor Lidia Beccaria Rolfi, shows anti-Semitic graffiti on the door of his Mondovi home to participants of a demonstration against anti-Semitism, Jan. 24, 2020. (Marco Bertorello/AFP via Getty Images)
Advertisement

(JTA) — Graffiti including a Star of David and the words “Juden Hier,” or Jews Here, were painted on the door of the son of an Italian Holocaust survivor in Italy.

Lidia Beccaria Rolfi, a resistance fighter and survivor of the Ravensbrueck concentration camp in Germany, lived in the home in Mondovi, in the northwest part of the country, until her death in 1996.

Her son, Aldo, currently lives in the home. The graffiti appeared after Aldo Rolfi published an article about anti-Semitism and remembering his mother in honor of International Holocaust Remembrance Day on Jan. 27, The Associated Press reported.

Hundreds of people carrying candles and some carrying yellow stars came out on Friday evening in support of Rolfi and to protest against anti-Semitism.

The graffiti in black paint was discovered on Friday. Beccaria Rolfi joined the resistance movement in December 1943 and  was later was arrested and turned over to the Gestapo. She was deported to Ravensbrueck, from where she was liberated in May 1945. She later wrote books about her experiences.