Antisemitic acts in US soared 80% in a month, Jewish security group reports 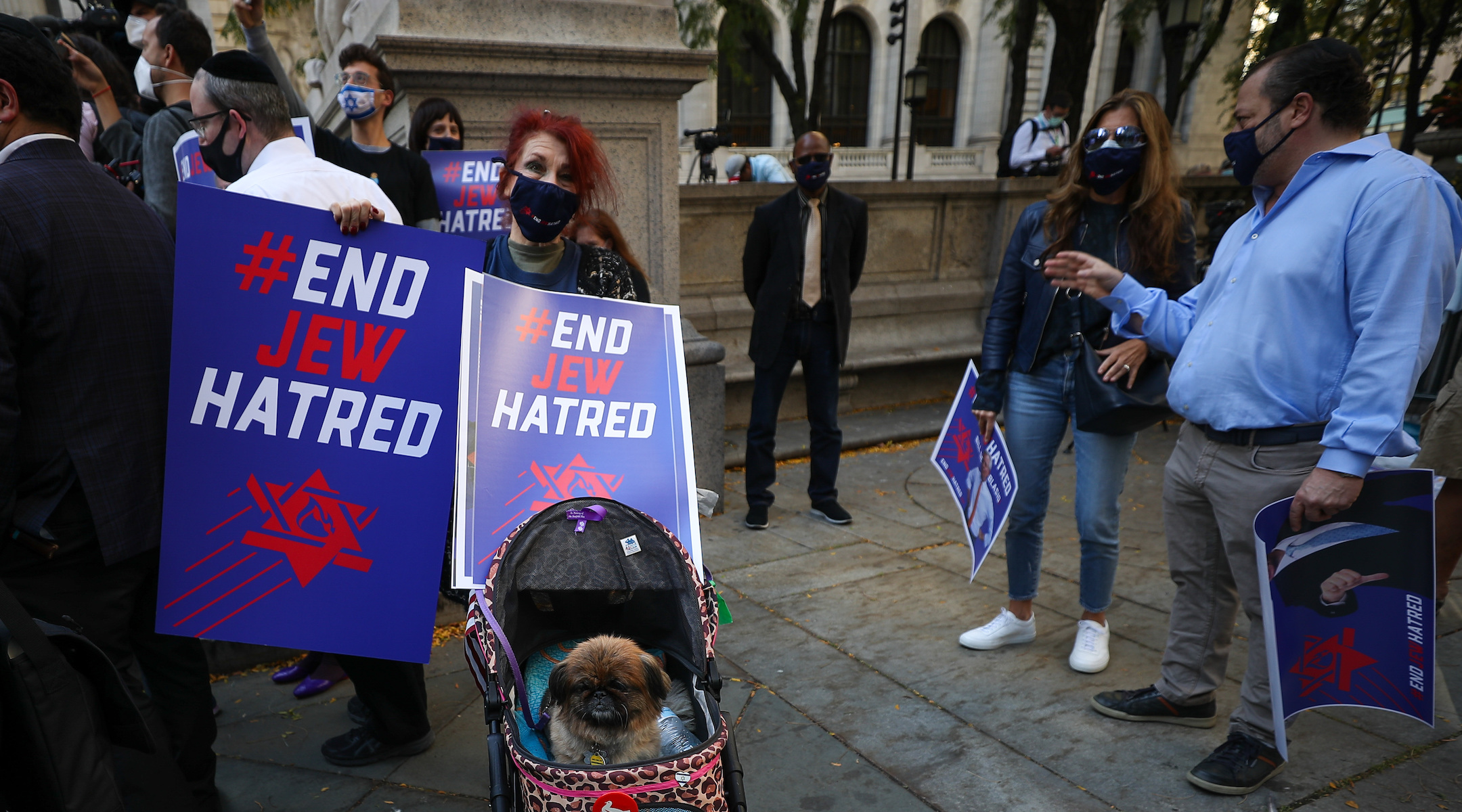 (JTA) — The organization that advises U.S. Jewish communities on security matters said it recorded an 80% spike in antisemitic acts in the last month amid Israel’s 11-day war with Hamas.

One of the causes, according to the Secure Community Network, was disinformation spread on social media during and since the exchange of rocket fire.

“There may be foreign actors spreading information and disinformation, often tied to antisemitic tropes,” Michael Masters, its CEO, said Tuesday in an interview. “We’re seeing a clear rise in the calls for violence against the Jewish community and an uptick of attacks of violence.”

Masters ticked off some of the antisemitic incidents: “Acts of vandalism from Oregon to Virginia, synagogue desecrations from Illinois to Arizona, reports of people having bottles thrown at them, children’s playgrounds being daubed with swastikas in New York and Tennessee.”

He said there has been a commensurate intensification of antisemitism on social media during the hostilities between Israel and Hamas that ended with a ceasefire early Friday. A feature of the attacks was to link Jews and Israel to the coronavirus pandemic, in some cases by blaming Jews for the virus, in others by likening Israel to the virus.

A hashtag, #COVID1948, using Israel’s founding to identify Israel as a deadly virus, seems to have had its origins in Iran, Masters said. Many of its initial uses were in Farsi, he said.

The Network Contagion Research Institute, which tracks disinformation on social media, traced a sudden massive spike in #COVID1948 usage on May 12, the third day of the war. It also tracked spikes in uses of phrases like “Hitler was right,” “Zionazi” and “Kill all Jews.”

Masters said other foreign actors, including states, also may have spurred incitement.

“We’ve seen misinformation and disinformation from a number of actors overseas over the last years and it will not be surprising if some of those actors are related to the current conflict,” Masters said.

Other than Iran, Masters did not want to name any specific country, but U.S. intelligence agencies have said that the Russian government and nongovernment actors in Russia have peddled conspiracy theories in recent years as a means of destabilizing the United States.