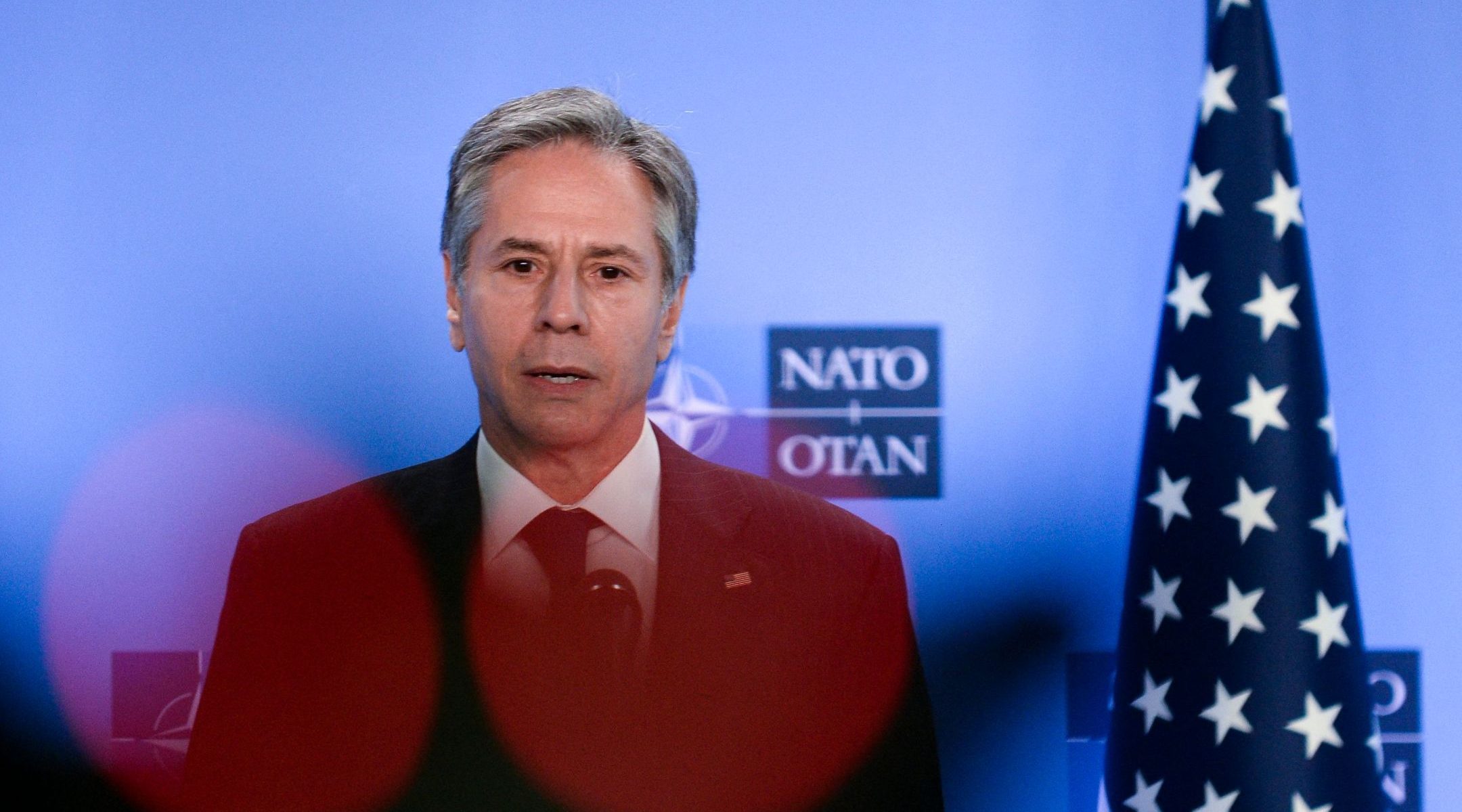 WASHINGTON (JTA) — U.S. Secretary of State Antony Blinken is traveling to the Middle East to sustain the ceasefire after the 11 day war between Hamas and Israel — but is not focused for now on reviving an Israeli-Palestinian peace process.

“The United States has engaged in intensive diplomacy to bring an end to the hostilities in Gaza,” Blinken’s office said in a statement. “Secretary Blinken is traveling to the region to discuss essential follow-up efforts to consolidate the ceasefire and reduce risks of further conflict over the coming months.”

Blinken will meet with Israeli, Palestinian, Jordanian and Egyptian leaders. Egypt led the brokering of the ceasefire and Jordan plays a key role in administering the Al Aqsa Mosque, atop the Temple Mount, a site holy to Jews and Muslims where clashes preceded the outbreak of war on May 9.

The short-term outlook was deliberate, a senior administration official said in a background briefing for reporters.

A key challenge will be rebuilding the Gaza Strip after the bombing war while keeping any incoming funds from Hamas, the official said.

“We’re in touch with the Gulf,” the official said, referring to wealthy Sunni Arab countries that have in the past proffered assistance to the Palstinians, “and other donors – and we’re trying to structure things, again, in a way that diminishes Hamas’s abilities, strengthens the people of Gaza, begins a process of hopefully reintroducing and reintegrating the Palestinian Authority into Gaza, and is in partnership with the United Nations.”