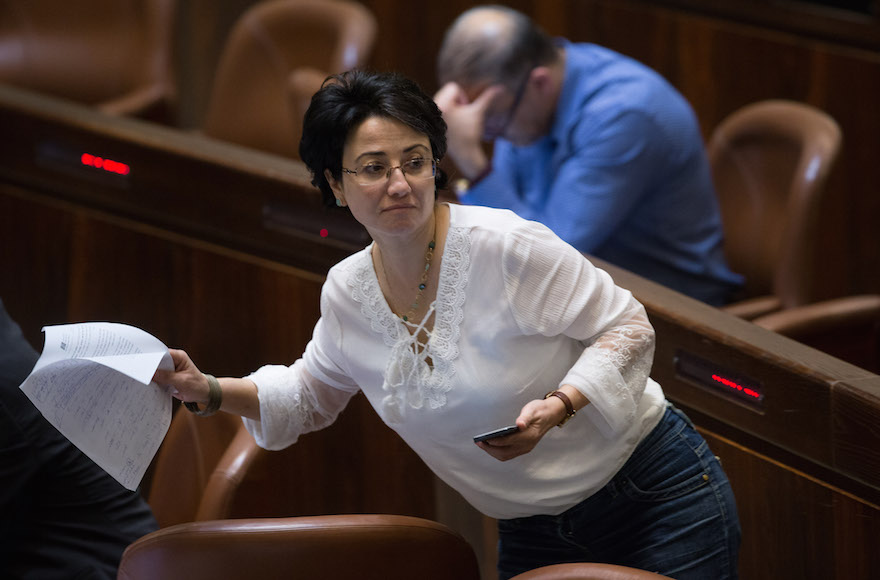 “At this moment in my life, and after 10 years, I feel it’s time to give thanks and change my place, but not the way,” Zoabi told the Balad faction of the Joint Arab List at a meeting Saturday. She called for “a more stubborn struggle.”

Zoabi, who has served in the last three Knessets, said she has been subject of “character assassination, ongoing incitement, unceasing attempts to make me disappear, to silence me, to distort my opinions and even my image, to disqualify me to distance me from the political arena.”

In 2010, Zoabi was on board the Mavi Marmara ship as it attempted to breach Israel’s naval blockade of Gaza, which led to the deaths of several protesters and saw her suspended from the Knesset for two weeks by the ethics committee. She has called Israeli soldiers murderers and compared the military to Nazi German rule. She also has asserted that the Palestinians who kidnapped and murdered three Israeli teens from a bus stop in the Etzion bloc were not terrorists.

Several lawmakers from the Arab parties have announced that they will leave the Knesset. They include Jamal Zahalka, also of the Balad party; Dov Khenin, who is Jewish, of Hadash; and Masud Ganaim of the United Arab List.