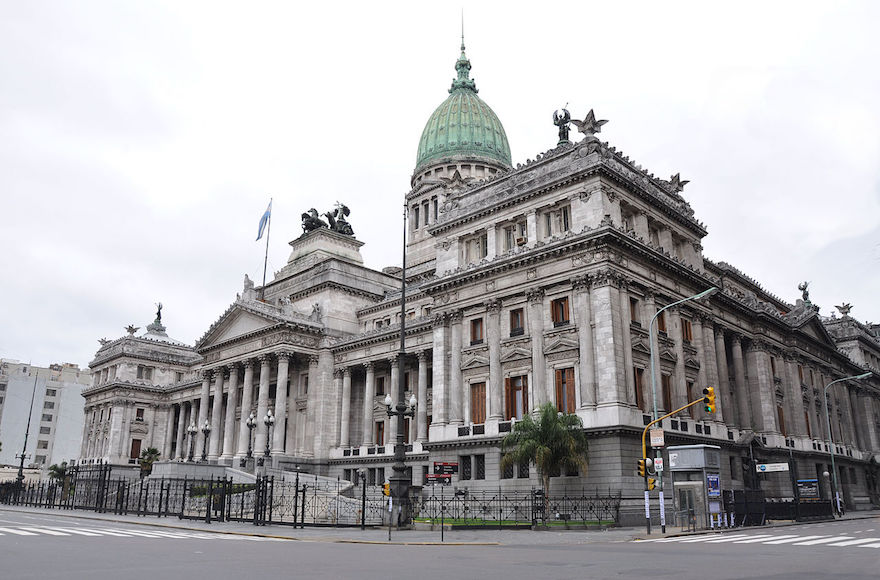 The seat of Argentina's National Congress in Buenos Aires shown in 2011. The future of a longtime government ambassador is uncertain after he compared the Nazi army to Argentina's in a tweet. (Jorge Lascar/Wikimedia Commons)
Advertisement

(JTA) — Argentina removed its ambassador to Haiti from his post over a tweet that angered Jewish groups earlier this month.

On Argentina’s National Army Day, Pedro Von Eyken tweeted: “Today is the Day of the Argentine Army, that of General José de San Martín and many others who gave it glory and honor. Created more than 200 years ago, it had many more illustrious moments than controversial ones. As the son of a German officer of World War II, I salute the Army on its day.”

The mention of Germany’s World War II army and comparison to Argentina’s drew ire that went viral on social media.

The future of Von Eyken’s 35-year diplomatic career, during which he has represented Argentina is Germany, Cuba and Finland, is uncertain. He deactivated his Twitter account immediately following the scandal.