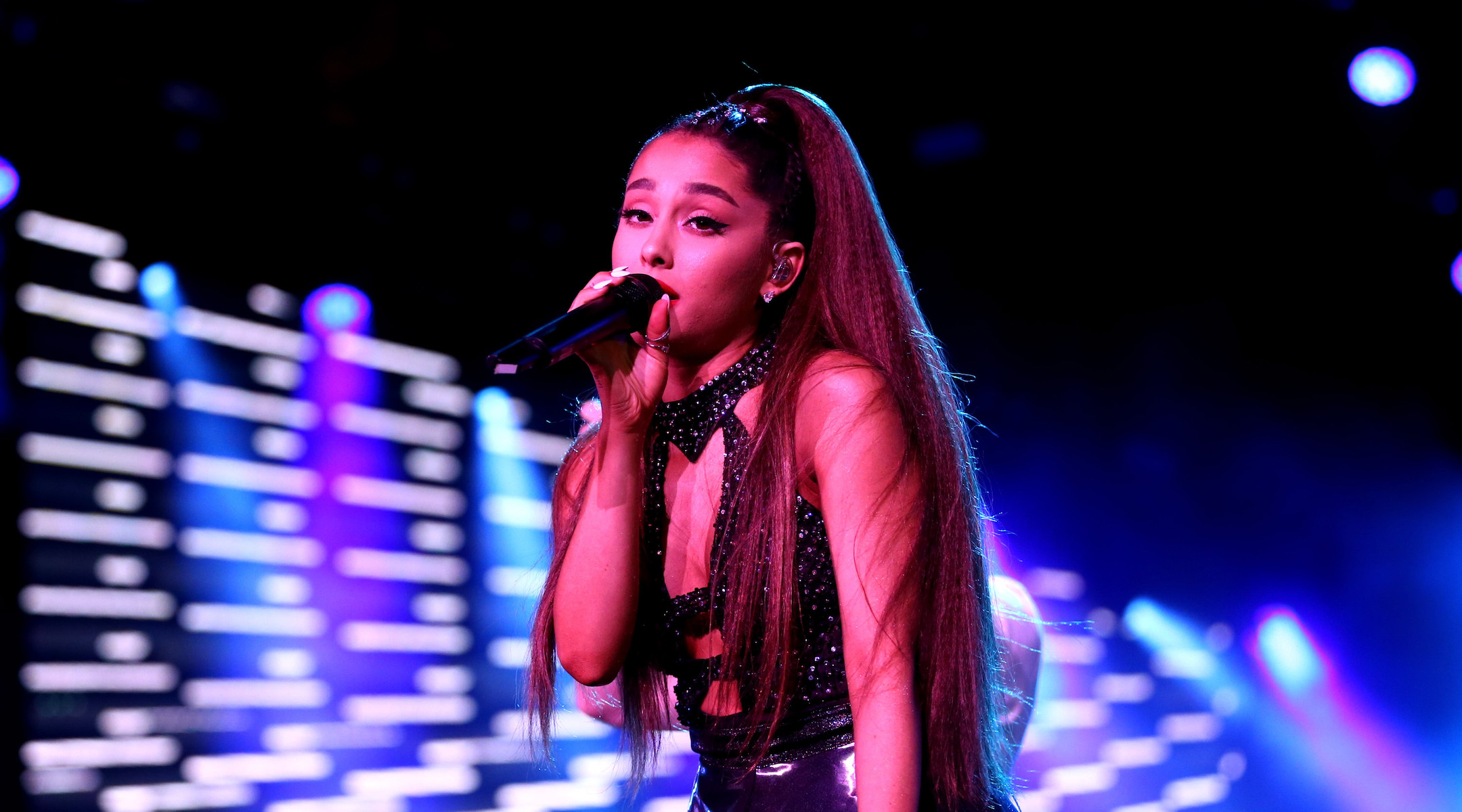 (JTA) — Ariana Grande opened a world tour with music by the late Jewish rapper, Mac Miller, who had dated the pop star for nearly two years before overdosing on alcohol and drugs last year.

Grande started the tour for her blockbuster album “Sweetener” in an arena in Albany, New York, on Monday. Some of Miller’s songs played in the stadium after the opening acts performed and before she took the stage, according to Vulture. (Headlining acts usually curate those pre-performance playlists.)

On her hit song “thank u, next,” Grande sings a tribute to Miller: “Wish I could say ‘thank you’ to Malcom / ’cause he was an angel.”

The tracks “ghostin” and “imagine” on her new album also seem to be about Miller. Entertainment Weekly reported that Grande told fans during her soundcheck that performing those songs “would be too heavy for her,” and that she does not plan on performing them throughout the tour.

Born Malcolm McCormick to a Christian father and Jewish mother in Pittsburgh, the tattooed rapper had a Star of David inked on his hand, and had talked about having a bar mitzvah and celebrating Jewish holidays growing up.