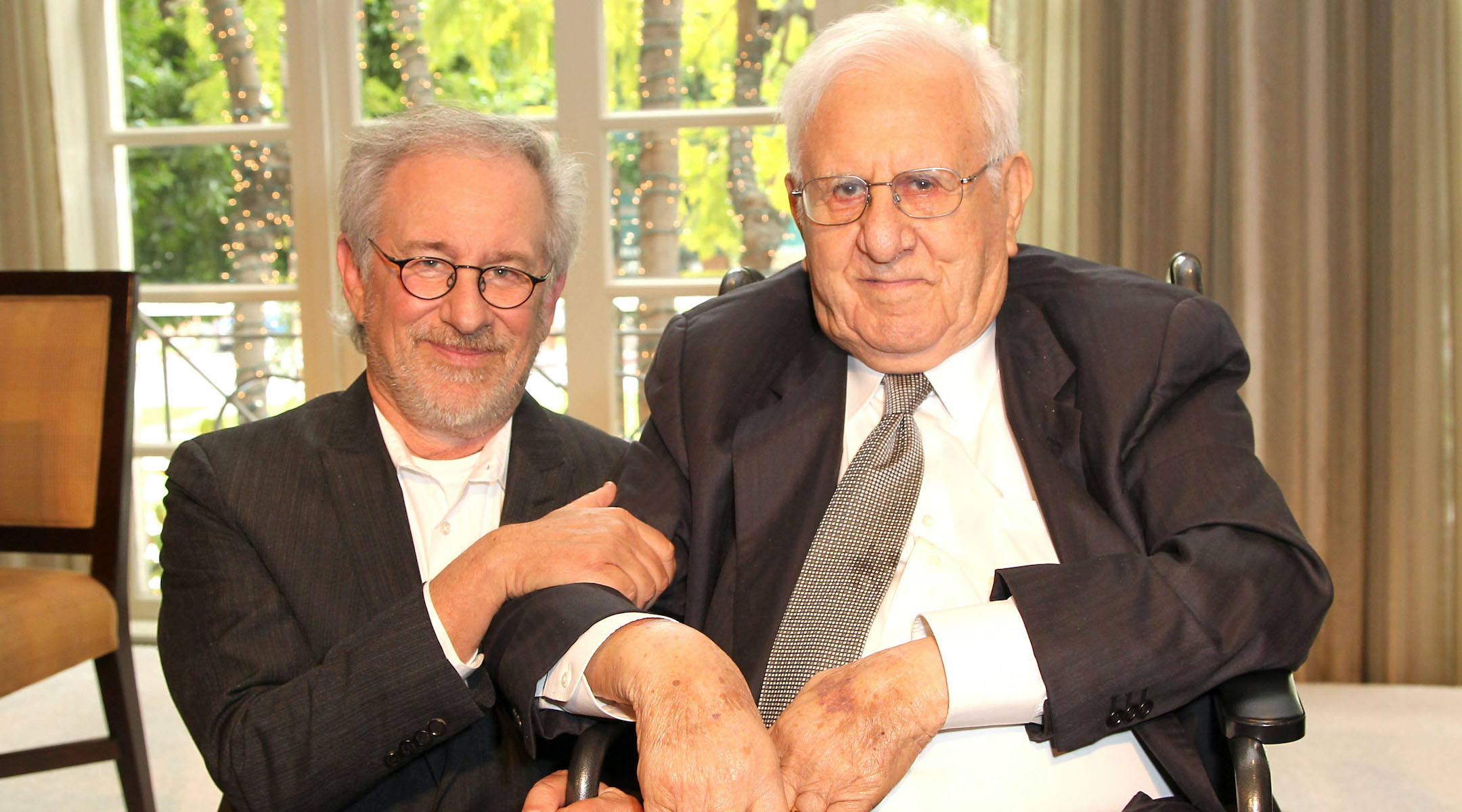 (JTA) — Arnold Spielberg, whose experiences during World War II inspired his son Steven Spielberg to direct “Saving Private Ryan,” has died at the age of 103.

Spielberg died Tuesday in Los Angeles of natural causes, his children said in a statement published in the Hollywood Reporter. His children reportedly were with him at the time of his death.

“Due to circumstances and safety precautions around the pandemic, a celebration of life is tentatively set for fall 2021 and aligned with the Jewish tradition of unveiling the headstone,” the statement said.

The statement, according to the Hollywood Reporter, also said that their father “taught them to ‘love to research,’ to ‘expand their mind,’ to ‘keep their feet on the ground but reach for the stars’ and perhaps most fatefully to ‘look up.'”

Spielberg enlisted in the U.S. Army following the attack on Pearl Harbor and became a communications chief. He was awarded a Bronze Star for bravery.

An electrical engineer, he worked for General Electric designing industrial computer systems until 1963.

He assisted his then 17-year-old son Steven in the making of the more than two-hour movie “Firelight,” which his son directed, shot, edited and composed the music. It was screened in one movie theater in Phoenix in 1964.

In the mid-1990s, the elder Spielberg created a system that enabled the USC Shoah Foundation Institute to catalog some 52,000 interviews of Holocaust survivors and witnesses and 105,000 hours of visual history. The foundation was founded by Steven Spielberg.

Along with Steven, he is survived by three daughters — Anne, a screenwriter; Sue, a marketing executive; and Nancy, a producer — as well as  four stepchildren, 11 grandchildren and eight great-grandchildren.