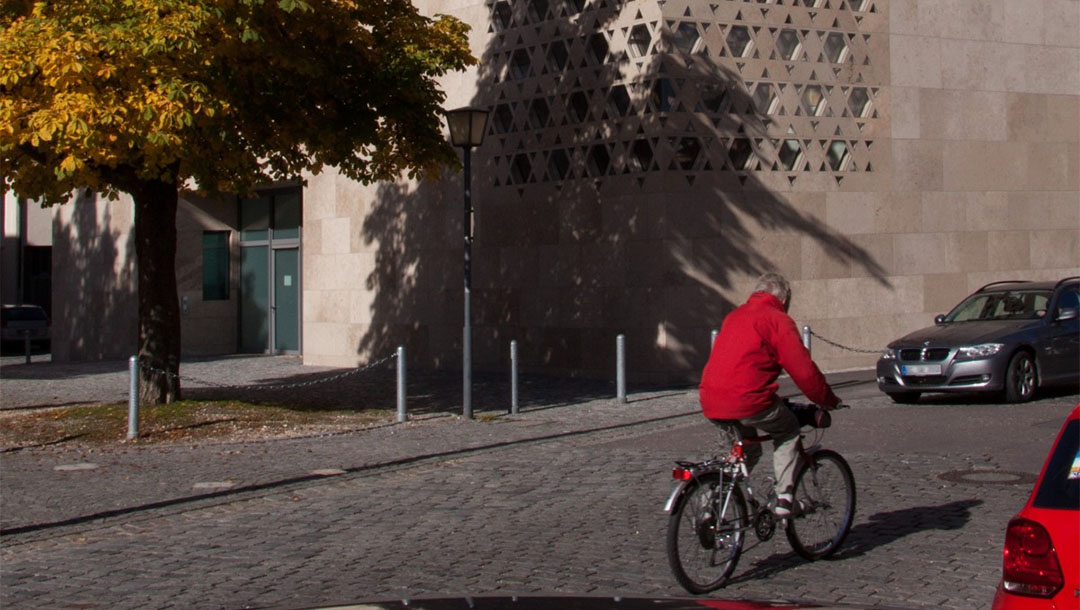 A cyclist passes by the synagogue of Ulm, Germany on March 13, 2017. (Wikimedia Commons)
Advertisement

(JTA) — An unidentified individual is believed to have started a fire outside a synagogue in the city of Ulm in Germany, resulting in superficial damage to the building’s exterior.

The suspected arson Saturday in Ulm, which is situated about 70 miles northwest of Munich, did not damage the building’s interior because a witness called firefighters who arrived on the scene within minutes and extinguished the flame, Deutsche Welle reported. Police are looking for the culprit.

“It shows the insidious face of antisemitism, which we oppose clearly and unambiguously, ” said Winfried Kretschmann, the prime minister of the German state of Baden-Württemberg, where the incident happened.

Nazis destroyed the interior of Ulm’s synagogue in the 1938 Kristallnacht pogroms. What remained of the structure was demolished soon thereafter. It was reopened only in 2012.

Antisemitic violence in Germany and across Europe has increased in recent weeks, in connection with the 11-day exchange of fire between Hamas in Gaza, which ended on May 21.

Far-right violence, which is usually not connected to Israel, is also prevalent in Germany. In 2019, a neo-Nazi tried to break into the synagogue of Hale near Berlin and killed two people on a nearby street after he failed to get past the synagogue’s fortified door.