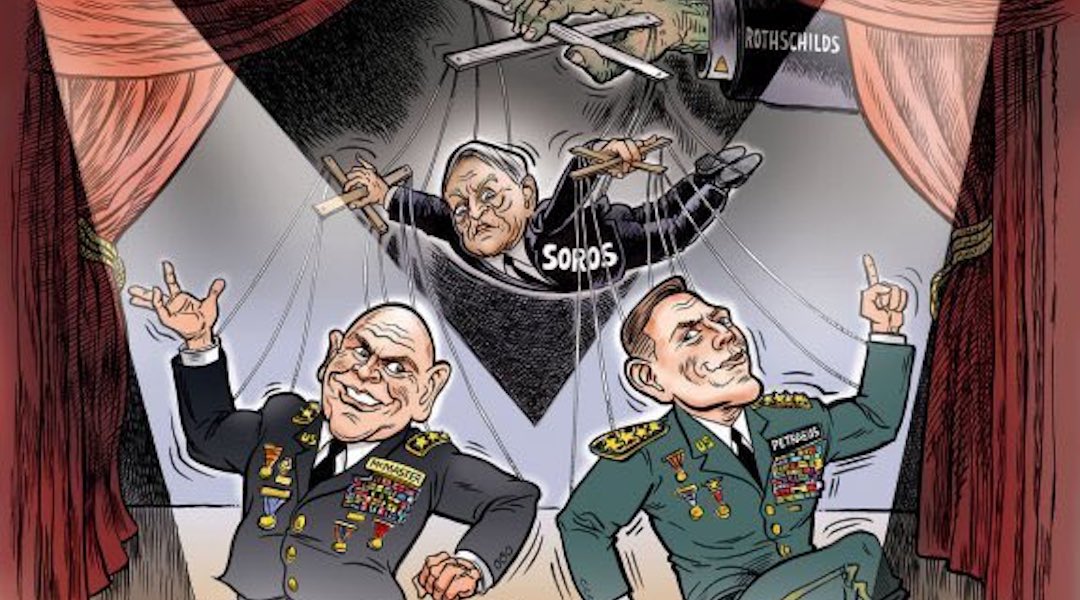 (JTA) — An artist who drew a cartoon that showed U.S. government officials as puppets of George Soros and the Rothschilds will not be attending a social media event at the White House to which he was invited.

Ben Garrison had tweeted a photo of the invitation on Saturday saying that he was “honored” to be invited, leading to criticism from Jewish and Democratic corners.

Politico reported that the White House confirmed on Tuesday night that Garrison “will no longer be attending the administration’s social media summit.”

Politico said that when asked about the invitation to Garrison earlier on Tuesday, White House officials responded “by offering a boilerplate statement saying that President Donald Trump ‘wants to engage directly’ with people who have experienced social media bias. But they wouldn’t say if and why he was invited, punting on the guest list.”

The Anti-Defamation League called Garrison’s 2017 cartoon “blatantly anti-Semitic” and said “the thrust of the cartoon is clear: (then-National Security Advisor H.R.) McMaster is merely a puppet of a Jewish conspiracy.”

The Rothschilds often appear in anti-Semitic conspiracy theories that have them running a secretive international Jewish cabal that controls the world.