Assault reported at Chabad of the Bluegrass menorah-lighting in Lexington, Kentucky 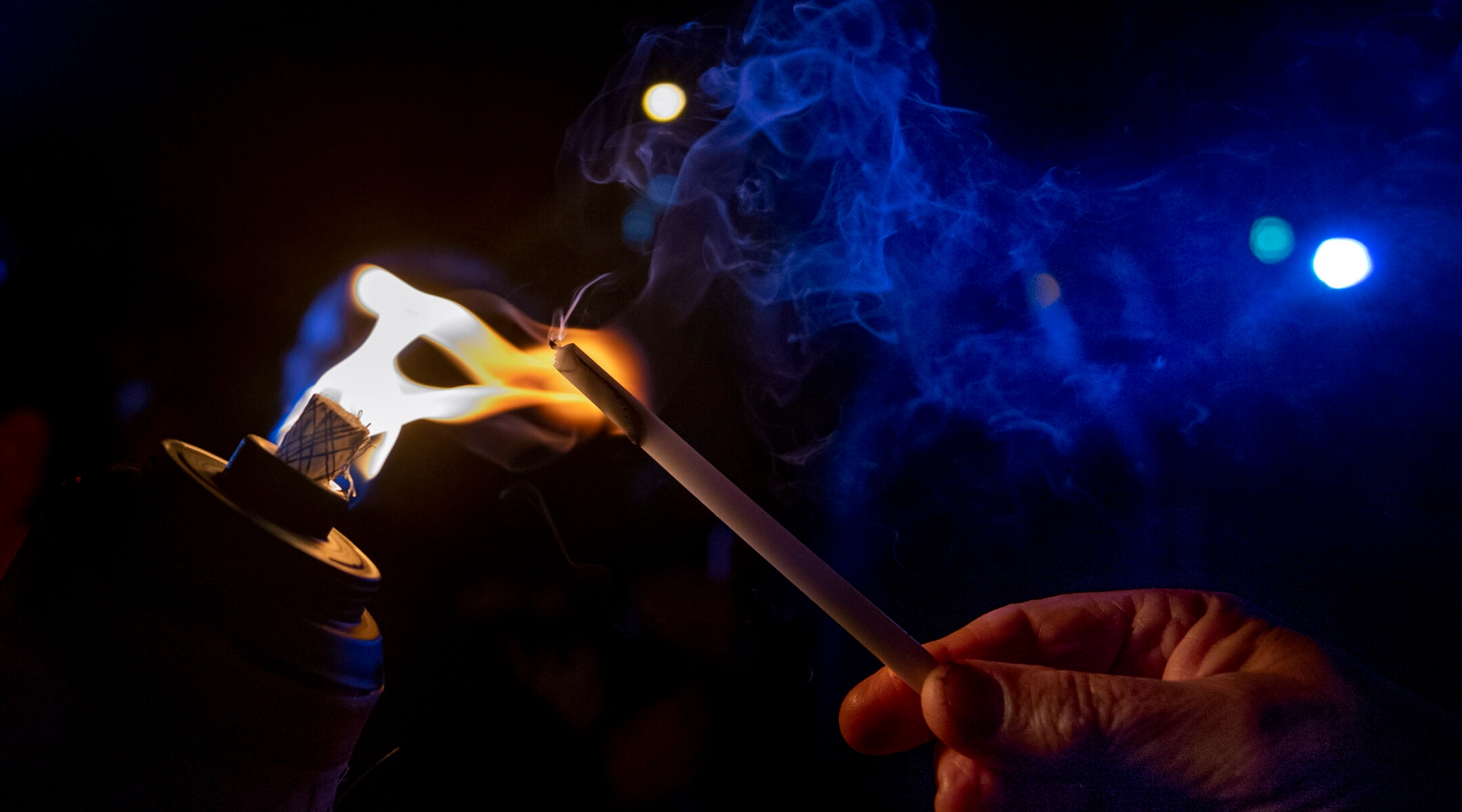 (JTA) — A Chabad center in Lexington, Kentucky, will see increased police presence for the rest of Hanukkah after an assault during one of the community’s public menorah lightings.

A driver directed anti-Semitic language at people lighting the menorah outside Chabad of the Bluegrass, police told the local TV station. When someone from the community tried to urge the driver away, the driver accelerated, dragging the community member and running over his leg, according to a detailed account on Chabad of the Bluegrass’ Facebook page.

“Someone yelled, ‘Call 911,’ and he said, ‘First let’s light the menorah, I’m not going to allow that to stop us from celebrating our faith and spreading the light, which is the very message of Chanukah,’” Rabbi Shlomo Litvin told WKYT. “Anything can be used for spirituality or negativity. Anything that happens to you, how you react is what that thing is.”

The incident drew swift condemnation from local and state officials, including Kentucky Gov. Andy Beshear, who decried the incident in tweets Sunday afternoon.

That this attack occurred on the third night of Hanukkah, during menorah-lighting celebrations, makes it all the more hateful, hurtful and cowardly. I ask all Kentuckians to join me in praying for a quick recovery and join me in rejecting hate. ^AB (2 of 2)

Chabad of the Bluegrass reported vandalism, including to its menorah, multiple times in recent months. Litvin also launched a community education effort this summer after “white power” flyers were distributed in Lexington, home to the University of Kentucky.