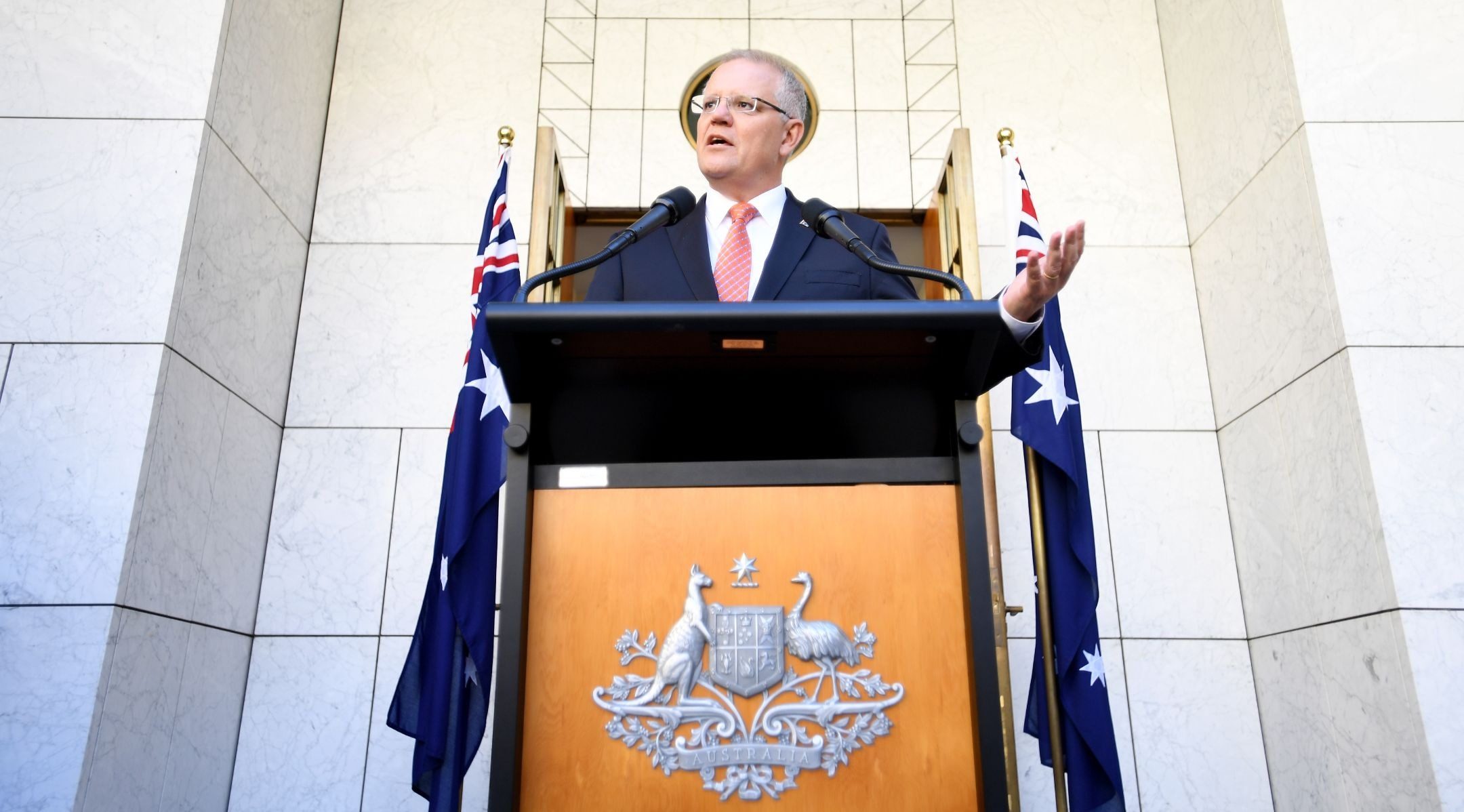 SYDNEY (JTA) — Australia’s prime minister and opposition leader reinforced the bond between Israel and Australia in back-to-back addresses to parliament marking 70 years of friendship with Israel.

Israel’s ambassador to Australia, Mark Sofer, was in parliament to hear the leaders speak of the relationship between the two countries.

Prime Minister Scott Morrison said that Israel is “a beacon of democracy in the Middle East.”

He said that though Australia chaired the 1947 U.N. Committee which voted to divide the territory of Mandate Palestine, the country will be “standing by Israel in the face of biased and unfair targeting of Israel in the U.N. General Assembly.”

Morrison described Israel as “a nation of immigrants with a free press; parliamentary democracy; financially prosperous; the source of innovation in the world; and a refuge from persecution and genocide, that is somehow now the center of cruelty in the world, according to some in the UN. That is intellectual fraud.”

Leader of the Labor opposition Bill Shorten said that: “The hard truth is that 70 years after Israel’s recognition: peace and security still elude the region.”

“All of us in this place, support the right of the people of Israel to live safely within secure borders. And as a true friend of Israel, my party strongly supports a two-state solution,” he said.

Sofer said he appreciated the sentiments by both Australian leaders. “The bipartisan expression of deep friendship between Australia and Israel, as expressed in the speeches of Prime Minister Scott Morrison and Opposition Leader Bill Shorten was indeed moving and heartfelt,” he told JTA.  “Israel does not take this relationship for granted and will continue to nurture it in the best interests of the peoples of both our countries.”