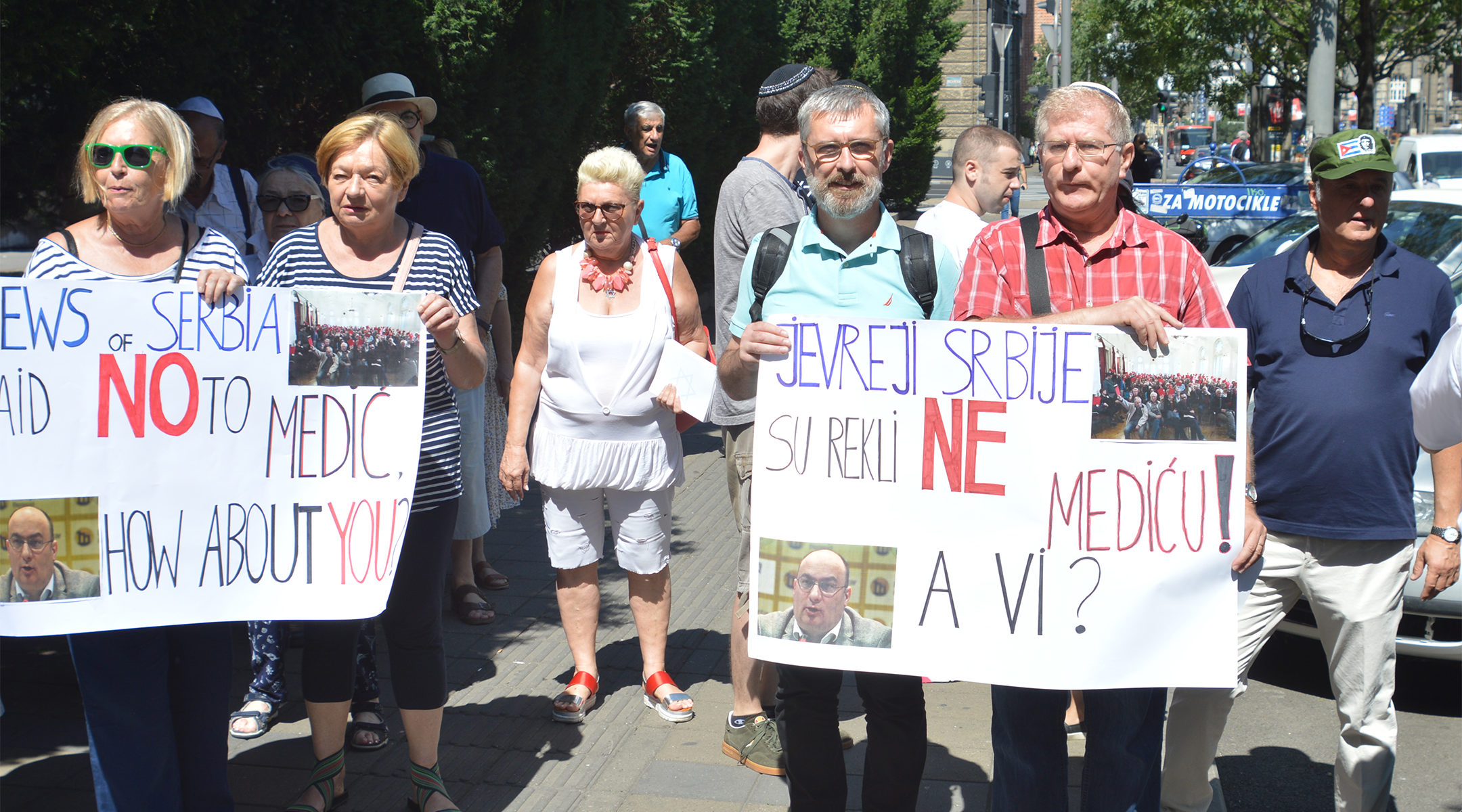 (JTA) — Dozens of protesters from the small Jewish Community of Belgrade, Serbia, are protesting the government’s alleged role in an internal power struggle that some say has paralyzed communal life.

The protesters, who this week are gathering daily outside the Justice Ministry, say the government is stoking a conflict involving assets worth millions of dollars between supporters of businessman Danilo Medic, who was elected community president in October 2017, and Sasha Jinker, who was elected in March to replace Medic but has not been allowed to take office.

The demonstrators are demanding that the government recognize and register Jinker as community president.

The March election was called after critics charged that Medic failed to meet transparency requirements in connection with his handling of communal assets.

But the government has declined to recognize Jinker as president, citing an ongoing dispute in court with Medic over control of the community. Jinker argues that the dispute is irrelevant to the government recognizing the March election.

“Jewish life is standing still because the government is preserving a conflict, illegally,” he told the Jewish Telegraphic Agency.

Medic denies the claim, citing a Jewish families retreat that began Friday, and defends his handling of communal finances.

In 2016, Serbia passed a law that is widely considered one of the best Holocaust restitution settlements in Europe. In addition to ensuring compensation for descendants of Serbian Jews who lost property in the Holocaust, the law guarantees funding of more than $1 million per year until 2041 for communal causes, much of it to the Jewish Community of Belgrade, where most of Serbia’s 2,800 Jews live.