Bernie Sanders to Michael Bloomberg: ‘Sorry, you ain’t going to buy this election’ 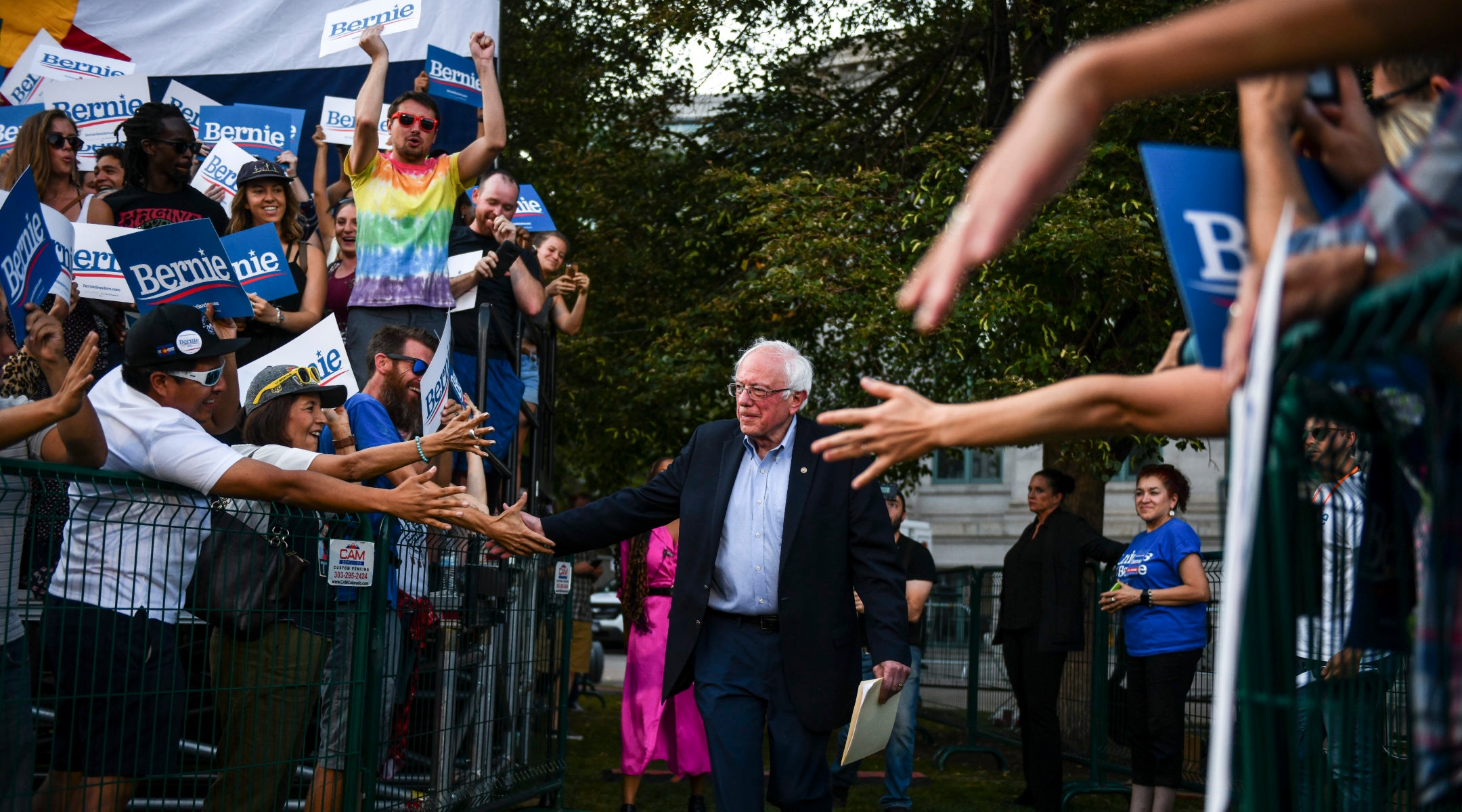 (JTA) — Bernie Sanders went on the attack against potential fellow Jewish candidate Michael Bloomberg, saying he can not “buy this election.”

Sanders threw down the gauntlet on Friday in Iowa, location of the first nominating contest of the 2020 presidential campaign.

Bloomberg on Friday filed to run in the Democratic primary in Alabama, likely skipping Iowa and other early contests.

“Our campaign is going to end the grotesque level of income and wealth inequality which exists in America today,” Sanders told the rally in Coralville, located near the University of Iowa “So tonight we say to Michael Bloomberg and other billionaires: ‘Sorry, you ain’t going to buy this election.’”

Bloomberg founded Bloomberg LP, which would grow to become a business media empire that stood out by providing up-to-the-minute stock information through specialized computer terminals. His net worth is valued at $52.4 billion, according to Forbes.

Sanders was jointed at the rally by New York Rep. Alexandria Ocasio-Cortez, who recently endorsed him at a rally in New York.

“Bloomberg can have his billions,” Sanders also said, “but that is why we are going to win this election.”