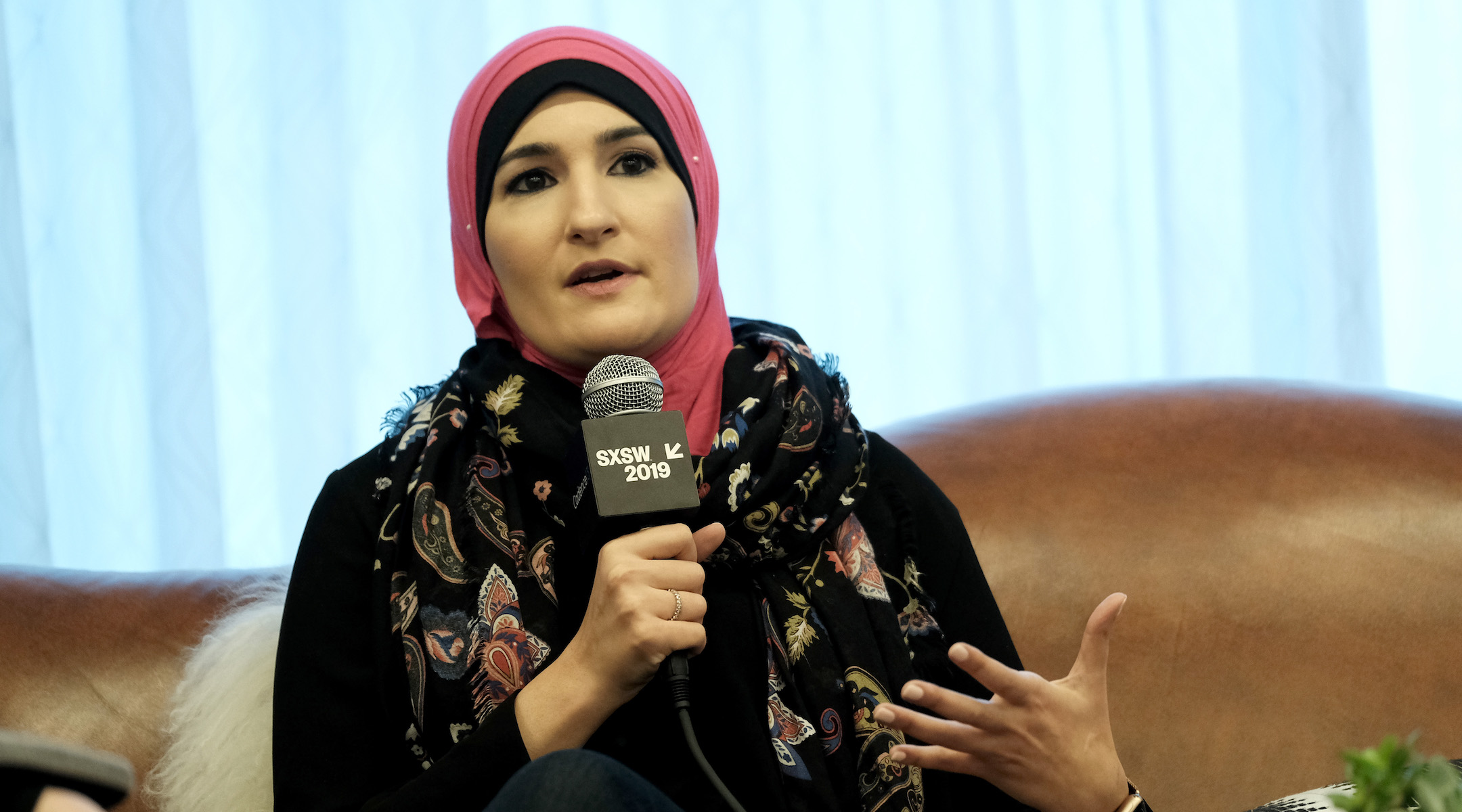 Linda Sarsour speaks at Mothers of the Resistance: Women Leading the Movement during the 2019 SXSW Conference and Festivals at JW Marriott in Austin, March 11, 2019. (Rita Quinn/Getty Images for SXSW)
Advertisement

(JTA) — The Biden campaign reportedly reaffirmed to Arab and Muslim Democrats its commitment to working with Arab Americans following its disavowal of Palestinian-American activist Linda Sarsour.

The private call with Arab and Muslim activists on Sunday was initially billed by the Middle East Eye as an apology. The London-based online news outlet covering the Middle East obtained a recording of the off-the-record call.

But Symone Sanders later clarified its purpose in a message to CNN’s Jake Tapper, which he tweeted.

“We met to affirm Vice President Biden’s unshakeable commitment to working with Arab, Palestinian and Muslim Americans and to make clear that we regretted any hurt that was caused to these communities,” the tweet said. “We continue to reject the views that Linda Sarsour has expressed.”

The views to which Sanders is referring include accusations of Jewish supremacy and support for the Boycott, Divestment and Sanctions movement against Israel.

The call comes a week after the Biden campaign affirmed its rejection of BDS and asserted that Sarsour has no role in the campaign following her appearance at an online meeting of Muslims who will be campaigning for Biden for president.

During Sunday’s call with Arab and Muslim activists, Ashley Allison, national coalitions director for the Biden campaign, said “I am sorry that that happened. And I hope that whatever trust was broken, that this conversation is one small step to help build back the trust,” according to the Middle East Eye.

Campaign foreign policy adviser Tony Blinken offered his “apologies for what we did and what happened.”

“Historically, Republicans and Democrats have been quick to dismiss Muslim, Arab-American and especially Palestinian-American voices, and I want to reiterate on behalf of all of us our support for your communities,” he also said.