Billy Eichner’s ‘Billy on the Street’ is coming to Netflix 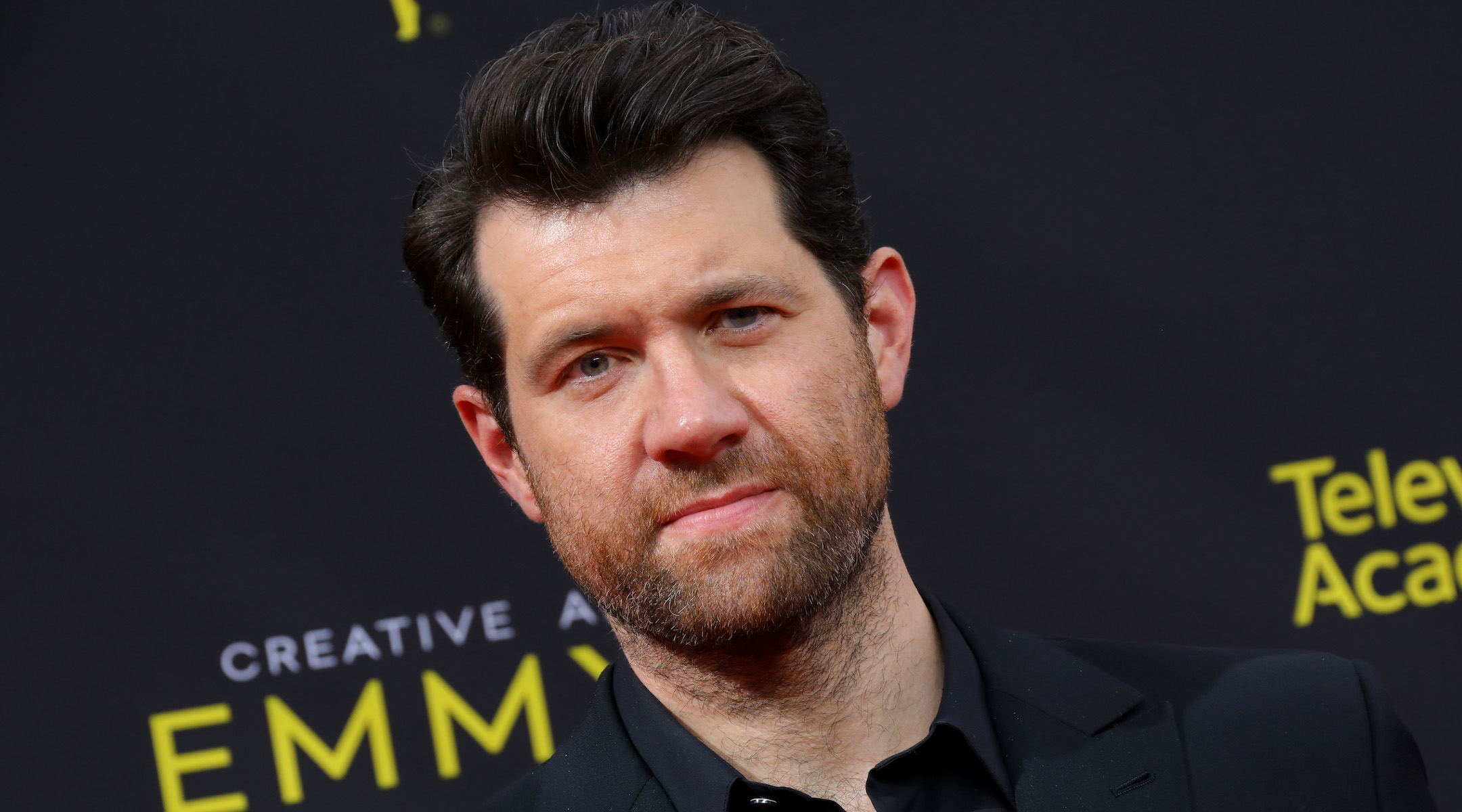 The four seasons “of chaos and joy,” as Eichner calls them, hit the streaming platform Nov. 1.

BIG NEWS: MOVE OVER, GRACE AND FRANKIE! BILLY ON THE STREET IS COMING TO @NETFLIX FOR THE FIRST TIME NOV 1st!!!!! FOUR SEASONS OF CHAOS AND JOY!!! SAY IT WITH ME NOW: LET’S GO LESBIANS, LET’S GO!!!!!!!! pic.twitter.com/5zjM5CfcII

Eichner’s show first aired in 2012, with three 10-episode seasons on the Fuse Network, before moving to TruTV for seasons four and five in 2015 and 2016. Subsequent episodes and clips have been exclusively online distributed by Funny or Die.

Eichner, whose profile got a boost after a star turn on “Parks and Recreation,” was born in Queens, and the show is set on the streets of New York. The premise is simple: Eichner runs around shouting questions with a celebrity in tow. The show features several Jewish-themed games, such “Whistle-Blow That Jew!”

“I had very loud parents, and you’re in New York — it’s loud outside,” he has said. “And I am someone who likes to hit a line very hard.”

“Billy on the Street” has been nominated for three Emmy awards, but has yet to win one.