Bomb explodes outside of Israeli Embassy in India, no one hurt 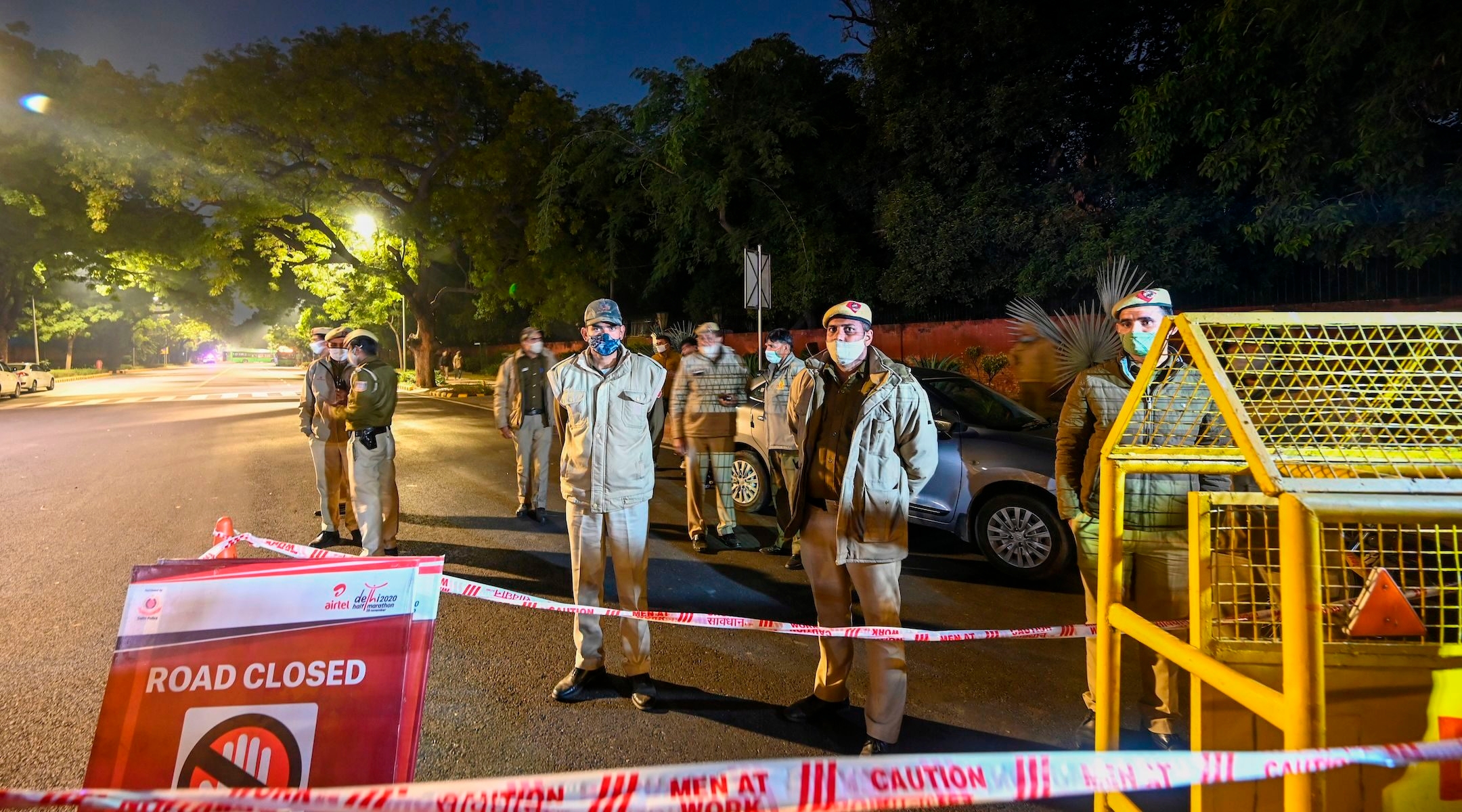 Police close off a street after an explosion near the Israeli embassy in New Delhi, India, Jan. 29, 2021. (Sajjad Hussain/AFP via Getty Images)
Advertisement

(JTA) — A bomb exploded outside of the Israeli Embassy in New Delhi on Friday, damaging three nearby cars but not causing any injuries.

Local police described it as a “very low-intensity improvised device” and said an investigation so far “suggests a mischievous attempt to create a sensation,” according to The Times of Israel.

Israel’s Foreign Ministry stepped up security at other embassies around the world.

“The foreign minister is being updated regularly and has ordered all necessary security steps be taken,” the ministry said in a statement.

“The Indian FM assured me that the Indian authorities are committed to the security of all Israeli diplomatic staff and will continue to act resolutely to locate all those involved in the explosion,” Ashkenazi tweeted.

Israeli embassies have already been on increased alert in the wake of last January’s assassination of top Iranian general Qassem Soleimani.