Brazil has one Hillel house for young Jews. Now it has its own facility. 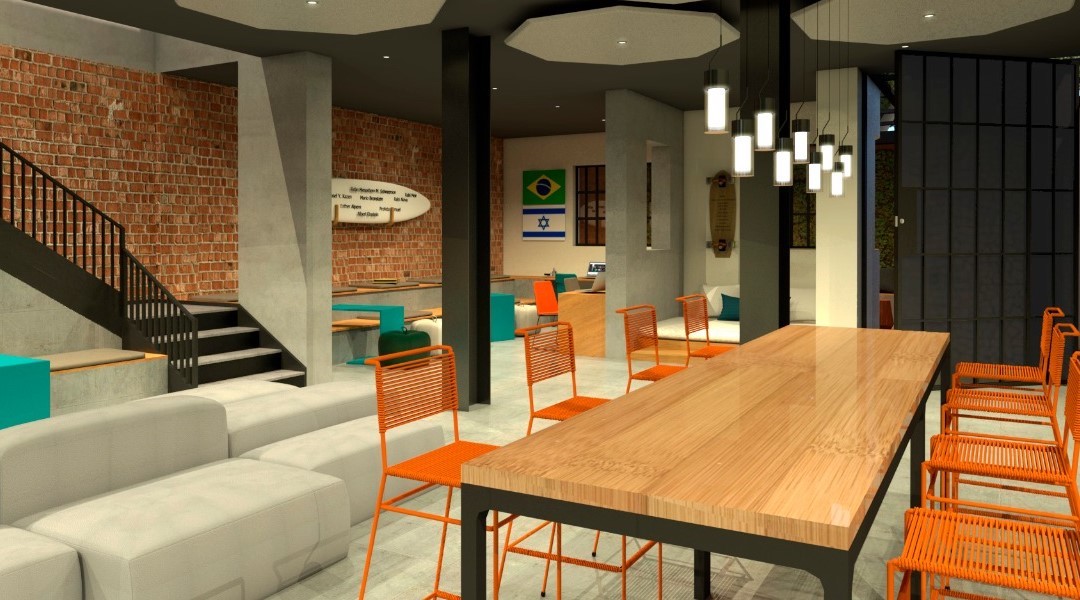 A look inside the new Hillel house in Rio de Janeiro. (Courtesy of Hillel Rio)
Advertisement

RIO DE JANEIRO (JTA) — Brazil’s only Hillel house finished up the making of a new facility in Rio de Janeiro with the help of $1 million in donations.

Inaugurated in 2003, Hillel Rio is the only local Jewish organization for the 3,000 young Jewish adults ages 18-30 in the city. Unlike in the U.S., the Hillel is not connected to a university. It is Hillel’s only facility in Brazil and one of four in Latin America.

Hillel Rio members have been helping ease the COVID-19 pandemic in several ways, including by visiting favelas, or Brazil’s impoverished villages, to distribute masks and teach children proper hygiene and hand washing techniques. They have been distributing food packages and teaching simple recipes that are easy to make during isolation and with a limited food supply.

The Hillel had been renting a space for 17 years. The final $300,000 for the project were raised during a campaign blitz among the local Jewish community during the last week of August.

“We initially raised the equivalent of $700,000 even with the daily drop in the value of the local currency. Donors who had never considered giving to Hillel are making long-term commitments to our work,” said Marcia Kelner Polisuk, director of international advancement and senior advisor for Latin America at Hillel International.

“At a time when global philanthropy is down, organizations are shuttering their doors and the future is uncertain due to the pandemic. Our small Jewish community is thriving and looking toward the future.”

The new Hillel house is located at the heart of Ipanema, one of Rio’s most upscale districts, where hundreds of the city’s 30,000 Jews live. The official opening is slated for mid-2021.