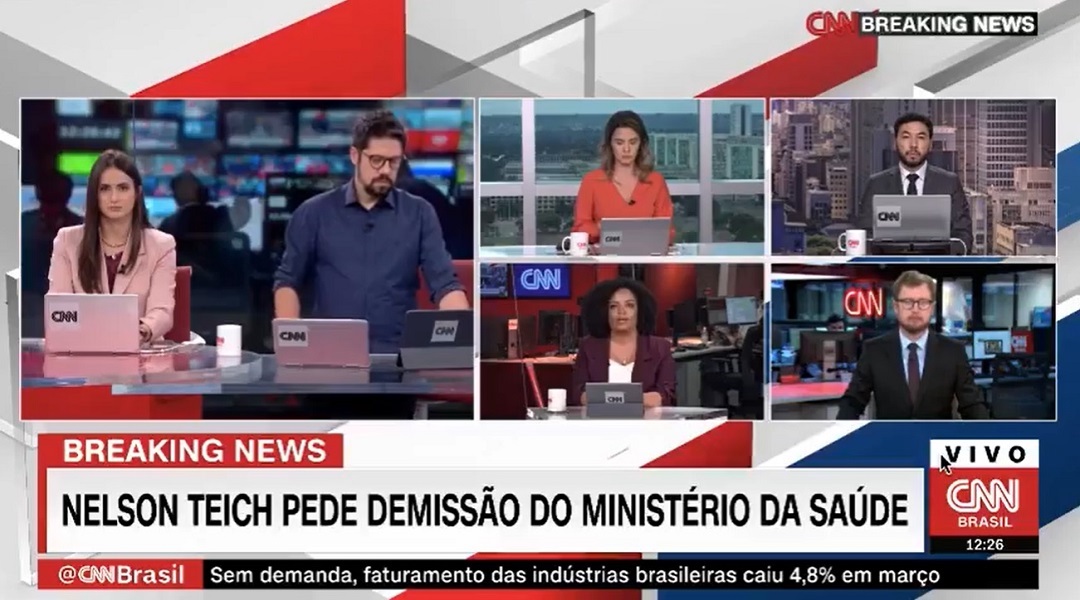 RIO DE JANEIRO (JTA) — A Brazilian journalist implied on CNN that the Jewish community was involved in choosing the country’s health minister.

“Nelson Teich was aided by people who are part of the Jewish community and supported him at the helm of the Ministry of Health,” political analyst Basilia Rodrigues said during a live broadcast of CNN Brasil’s “Live CNN” show. “They were at the table to choose the minister of health: businessmen, doctors and Jews.”

Teich lasted only two weeks at the helm of the Health Ministry after he disagreed with President Jair Bolsonaro’s plans for reopening gyms and beauty parlors, BBC reported.

Last month, some Brazilian media reported that Teich was Jewish after pointing to his connections to the Jewish community and the Albert Einstein Israelite Hospital in Sao Paulo. But Teich is not Jewish, and Jewish groups criticized the reports, saying the claims could create dangerous controversy.

Rodrigues appears to have picked up on the theory that Teich’s supposed strong ties to the Jewish community helped him earned the job.

“The journalist gave the impression that the Jewish community interferes in the choices of ministers. It’s unfortunate,” the Brazilian Israelite Confederation wrote in a statement in response to Rodrigues’ comments. “Being a Jew is not a profession and it is not fair to qualify us in this way.”

CNN Brasil released a note saying “We never intended to cause any discomfort to the Jewish community, which has our admiration and friendship,” Yahoo Brasil reported.

That statement wasn’t enough for the Rio Jewish federation, which called for a full retraction of Rodrigues’ comments.