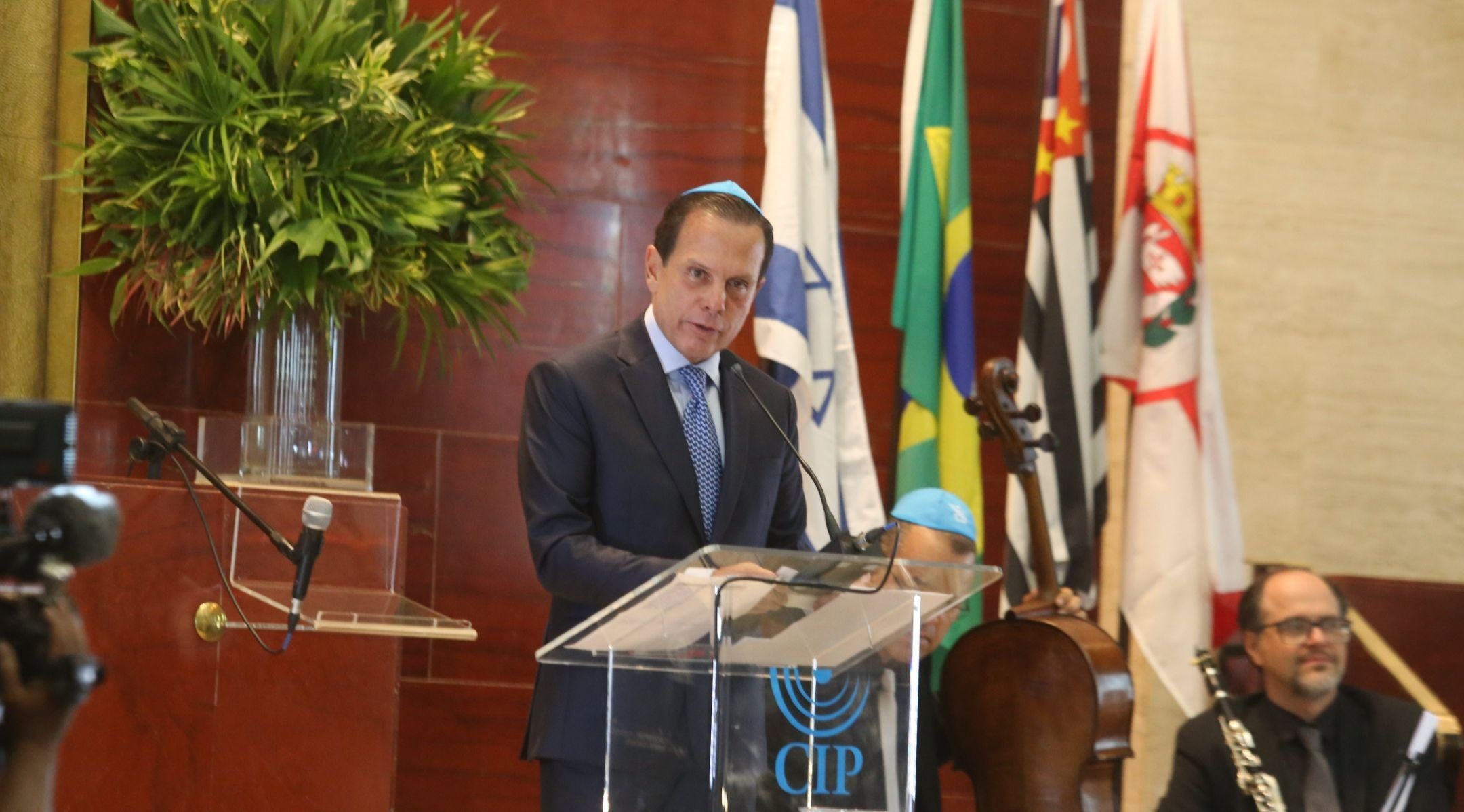 “It’s not only about remembering the 6 million Jews who were murdered, but also all others murdered elsewhere in all times, but nothing is as serious as the Holocaust,” Sao Paulo Gov. Joao Doria said. “Today is humankind’s day of shame.”

Some 1,100 Jewish and non-Jewish political leaders, government authorities and officials, as well as an unprecedented number of foreign diplomats and clergymen, attended the event Sunday at Brazil’s largest synagogue, the 2,000-family Congregacao Israelita Paulista-CIP.

“We see a proliferation of discriminatory messages on social networks in Brazil and the world,” said Fernando Lottenberg, president of the Brazilian Israelite Confederation. “Attacks on Jewish communities grew exponentially in the 21st century. This day serves to honor the victims and to guide our actions when threats return.”

Holocaust survivors were honored and a group of survivors lit one of six candles, which represented the 6 million Jews killed in the Holocaust. The event also featured a painting exhibit by non-Jewish teens from a juvenile correctional institution, who reinterpreted poems and paintings from the Holocaust era.

“In times when anti-Semitism resurfaces in places never imagined, this whole story needs to be remembered,” aid Rabbi Michel Schlesinger of the Congregación Israelita Paulista-CIP. “The biggest protective barrier to ensure that the Holocaust will never be repeated and for the memory of its victims to be honored is the independent, sovereign and strong existence of Israel.”