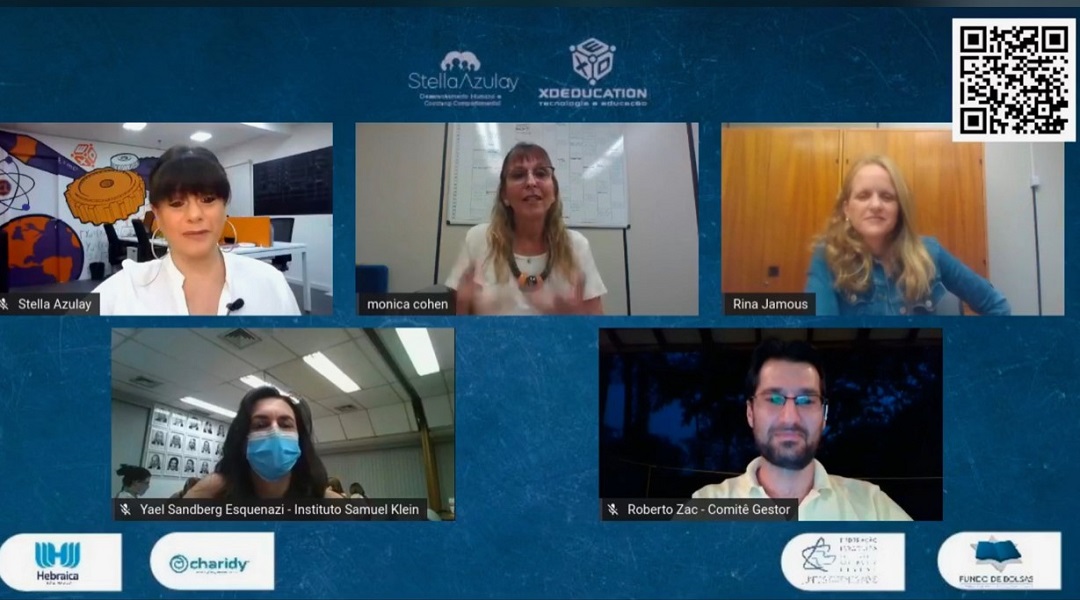 A screenshot from one of the Sao Paulo federation's events during the campaign drive. (Sao Paulo Jewish Federation)
Advertisement

The amount donated by some 3,000 participants between Saturday and Monday was multiplied by four with the help of sponsors. A growing number of students at Sao Paulo’s 14 Jewish schools have their $800 monthly fee entirely or partially funded by scholarships.

“We have reached an amount that not only will guarantee the continuity of current scholarships, but also increase the number of students to attend a Jewish school,” said Sao Paulo Jewish Federation President Luiz Kignel. “Jewish education makes a difference and the fruits will arrive in the next generation.”

This year’s campaign was online only due to the pandemic. The amount collected will increase the current number of 577 scholarships awarded in 2020. The annual campaign on the Charidy platform started in 2016.

“Tzedakah is a very important element in Jewish culture,” Andre Wajsman, Charidy’s head of operations in Brazil, told the Jewish Telegraphic Agency. “Although Brazil doesn’t have a culture of donating, people have been learning its importance.”

Several online activities were offered in the week prior to the campaign to engage students, teachers and the Jewish community, including debates, music, theater, classes and a Shabbat ceremony.

Brazil is home to a 120,000-strong Jewish community, half living in Sao Paulo. In 2019, a record-high 700 Brazilian Jews moved to Israel, according to the Jewish Agency, marking the third straight record year.