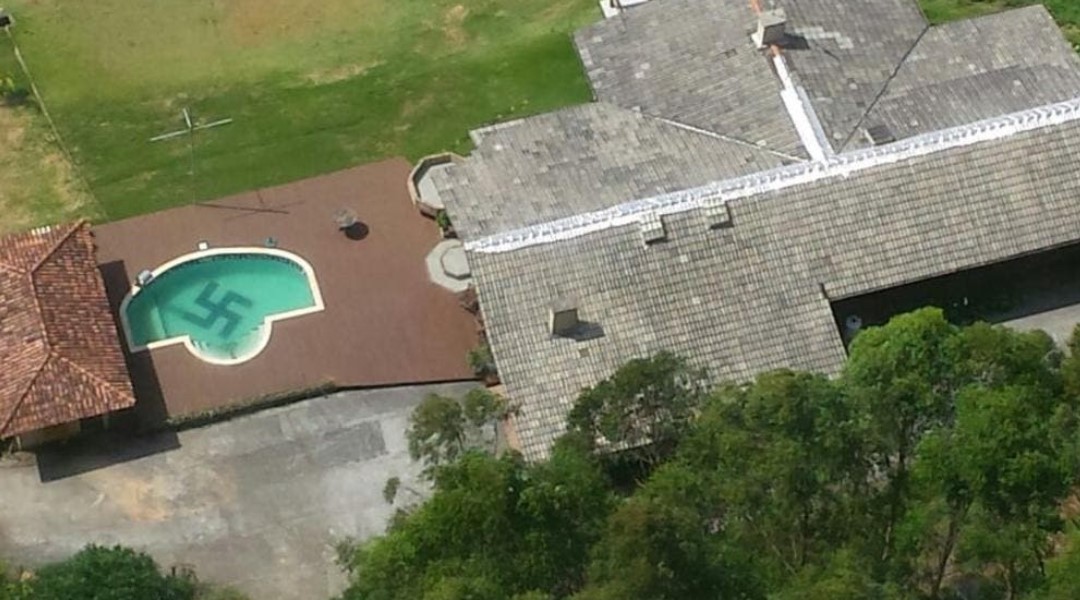 RIO DE JANEIRO (JTA) — History professor Wandercy Pugliesi first made headlines in 2014, when it was discovered that he had an enormous swastika tiled into his backyard pool in rural southern Brazil.

Pugliesi, 58, named his son Adolf, and police seized a trove of Nazi-related materials from him in 1994.

Now he is back in the news after attempting to run for a seat on his local town council. The Liberal Party that he is affiliated with kicked him out last week, “for not ideologically agreeing with the affiliate.”

“Brazil sent troops to fight Nazism and fascism. It is absurd that there are people who try to make this type of thing flourish,” Sergio Iokilevitc, president of the Associacao Israelita Catarinense, told the Jewish Telegraphic Agency.

Pugliesi lives in Brazil’s state of Santa Catarina, which is home to many German immigrants and their descendants and has been the stage for several neo-Nazi incidents.