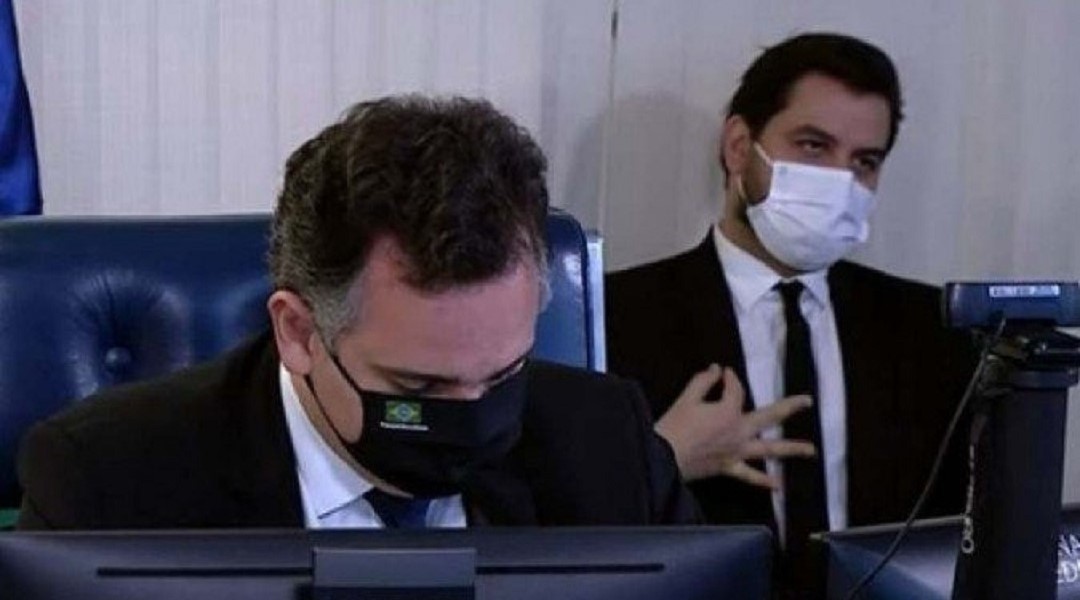 Filipe Martins, Bolsonaro’s special adviser for international affairs, caused an uproar on Wednesday with his polemic “OK” gesture made while sitting behind the Brazilian Senate’s president when he was talking about the country’s COVID-19 vaccination campaign.

Among Brazilians, the gesture can mean “f*** you.” But over the past few years, white supremacists have used it to push the idea of “white power,” according to the Anti-Defamation League and other watchdogs.

The Curitiba Holocaust Museum took it to mean the latter.

“We were astonished. It’s similar to the sign known as ‘OK,’ but with three straight fingers in the shape of a ‘W,’ the gesture became a symbol of hatred,” the museum tweeted.

Martins, 33, claimed that he was fixing his lapel. He also said he has Jewish heritage.

“A warning to clowns who wish to support the thesis that I, a Jew, am sympathetic to ‘white supremacism’ because in their sick minds they saw an authoritarian gesture in an image that shows me adjusting the lapel of my suit,” Martin tweeted after images and video quickly spread on Brazilian social media.

Martins, the son of non-Jewish parents, is a former atheist who became a Pentecostal Christian, Veja magazine reported in 2019. On social media, he once called himself “Jewish but Christian.”

Despite having little foreign policy experience, Martins has used his close ties to Bolsonaro’s sons to become one of his most trusted advisers.