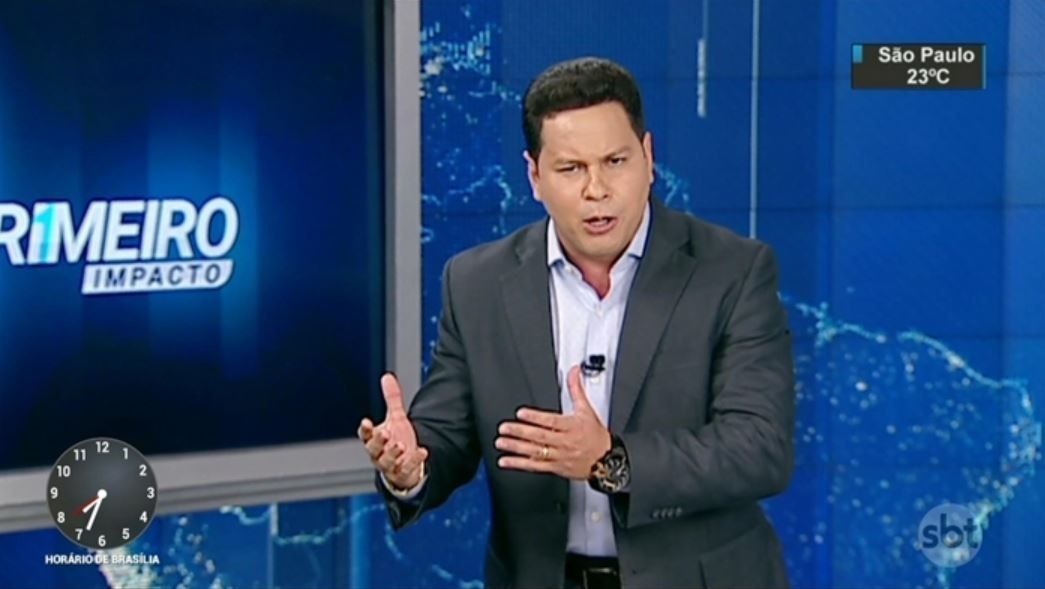 Marcao do Povo was fired from his anchorman's job on Primeiro Imacto after he proposed on air to put coronoavirus patients in a "concentration camp." (Screenshot/YouTube)
Advertisement

(JTA) — A Brazilian television anchor was fired after proposing on air that a concentration camp be created to house patients diagnosed with the coronavirus.

Marcao do Povo made the comment during Wednesday’s edition of Primeiro Impacto newscast, the second most-watched program on Brazilian television in the morning hours, reported Veja magazine.

“Mr. President, wouldn’t it be interesting to set up a concentration camp, with care, with the more sophisticated equipment, with the best professionals, and put there these people with problems, with symptoms? Got a symptom? Take the person there and treat him with care.”

The polemic drew media attention and the anchor’s name became a top trending topic on Twitter.

In 2017, do Povo was fired from RecordTV after calling black Brazilian singer Ludmilla a “monkey.”

“We sincerely regret that the anchor used our platform in such a way that it goes against our principles so deeply. To all who in some way may have been offended or even indignant at the presenter’s personal opinions, our most sincere apologies,” read a statement by the SBT TV network released on Wednesday. “He was ousted from his duties,” the statement also said.

“Marcao do Povo called Ludmilla a monkey and won a program at SBT. Now, he proposes concentration camps for those infected with the coronavirus. Silvio Santos is Jewish and today is Pesach, the Jewish Easter,” read one reaction on Twitter by @priskika, referring to the channel’s Jewish owner.