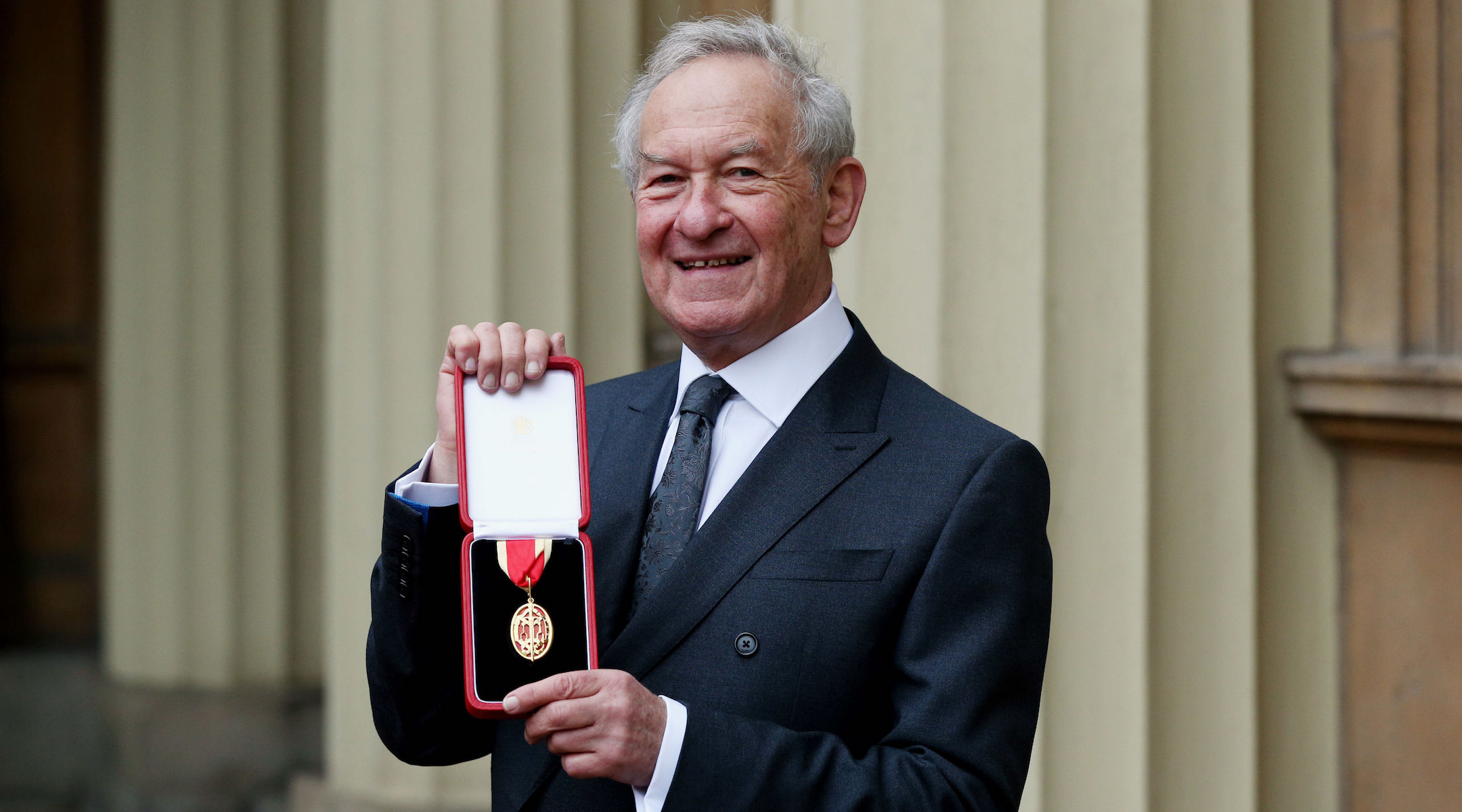 (JTA) — British Jewish historian Simon Schama was awarded a knighthood at Buckingham Palace for his “services to history.”

Schama, 73, will now have the honorific “Sir” before his name. He is best known for his wildly popular BBC documentary series “A History of Britain,” and his 18 history books, on topics ranging from the Rothschild family to the artist Rembrandt.

The investiture ceremony, presided over by Prince William, also honored Simon Wharton, a member of the British Royal Navy; Matthew Coffey, the COO of an education watchdog; and Rosemary Johnson, the executive director of the Royal Philharmonic Society. Schama was the only one of the four to receive a knighthood.

This is not Schama’s first award from the British Royal Family — in 2001, he was awarded the CBE award, or Commander of the Most Excellent Order of the British Empire.

Schama was born in London to an Ashkenazi Jewish mother and a Sephardi Jewish father. He currently lives in New York, where he teaches history and art history at Columbia University.

Schama retweeted the royal family’s photograph of him being knighted, writing, “thank you so much to everyone kind enough to offer congratulations.”