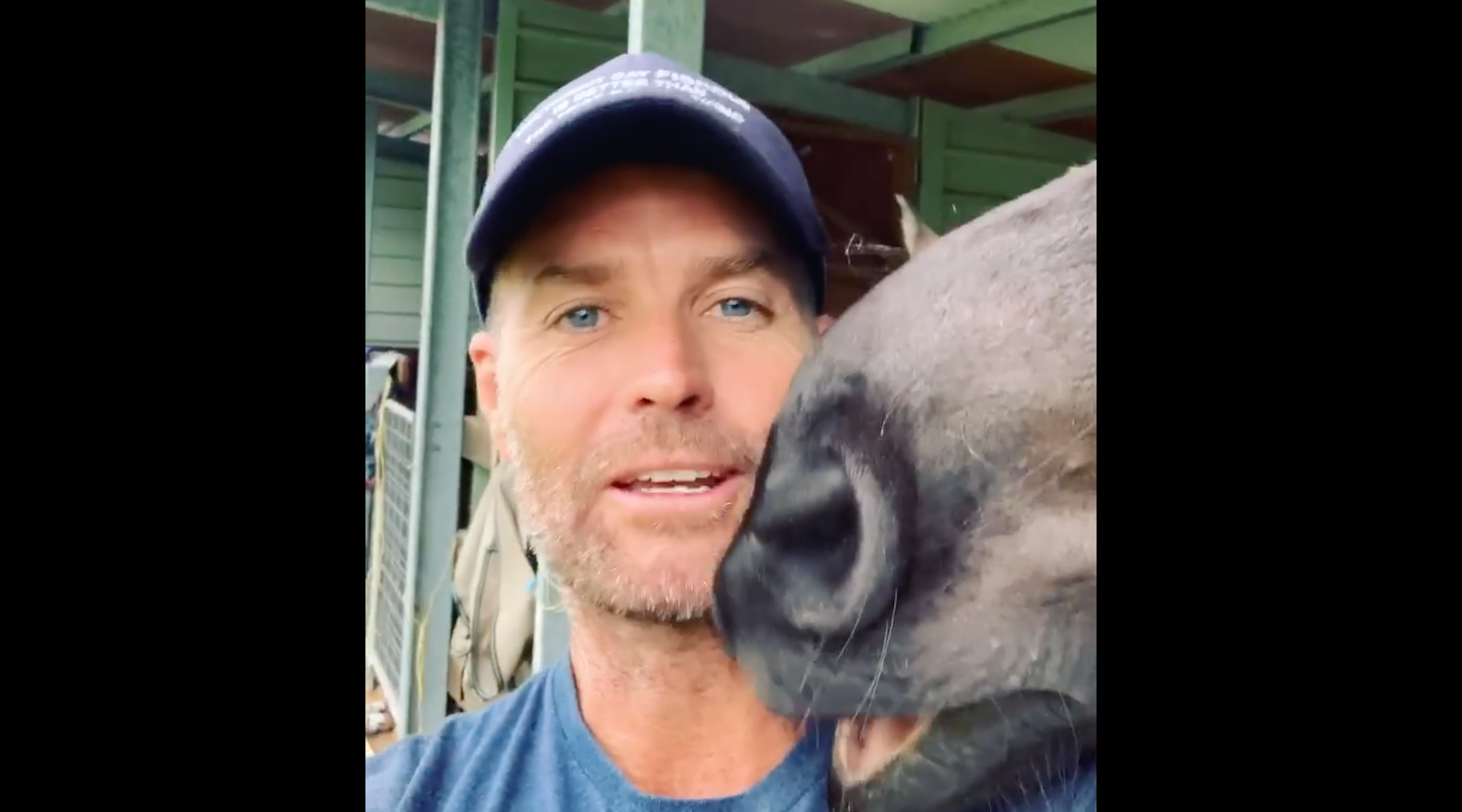 Pete Evans, shown here with a horse in a video posted to Facebook, says he did not know what "neo-Nazi" meant. (Screenshot)
Advertisement

(JTA) — Pete Evans, an Australian celebrity chef, has lost his book publisher and was dropped from a TV show after he shared a neo-Nazi symbol on Instagram.

This isn’t the first time Evans, who promotes the paleo diet, has sparked backlash. He has denied that he is a neo-Nazi and the post appears to be deleted.

In May, he was criticized for promoting the coronavirus conspiracy theories of David Icke, a Holocaust denier. Icke also believes that the world is secretly controlled by a race of lizard people known as reptilians. Evans has also called COVID-19 a “hoax.”

Despite those controversies, Evans’ books were still widely sold and he was set to appear on a reality show called “I’m a Celebrity … Get Me Out of Here,” according to the Guardian.

But he is being condemned after sharing a cartoon on Instagram featuring a caterpillar wearing a “Make American Great Again” hat talking to a butterfly emblazoned with a black sun symbol called the “sonnenrad.” The Anti-Defamation League defines the sonnenrad as a neo-Nazi symbol and says it “is one of a number of ancient European symbols appropriated by the Nazis in their attempt to invent an idealized ‘Aryan/Norse’ heritage.”

Because of the post, Evans’ books have been removed from multiple supermarket chains and he will no longer be on the reality show.

Evans said in a Facebook video that he had to look up the term “neo-Nazi,” which was widely used, after he was accused of being one.

“Sincere apologies to anyone who misinterpreted a previous post of a caterpillar and a butterfly having a chat over a drink and perceived that I was promoting hatred,” he wrote in an earlier post. “I look forward to studying all of the symbols that have ever existed and research them thoroughly before posting.”