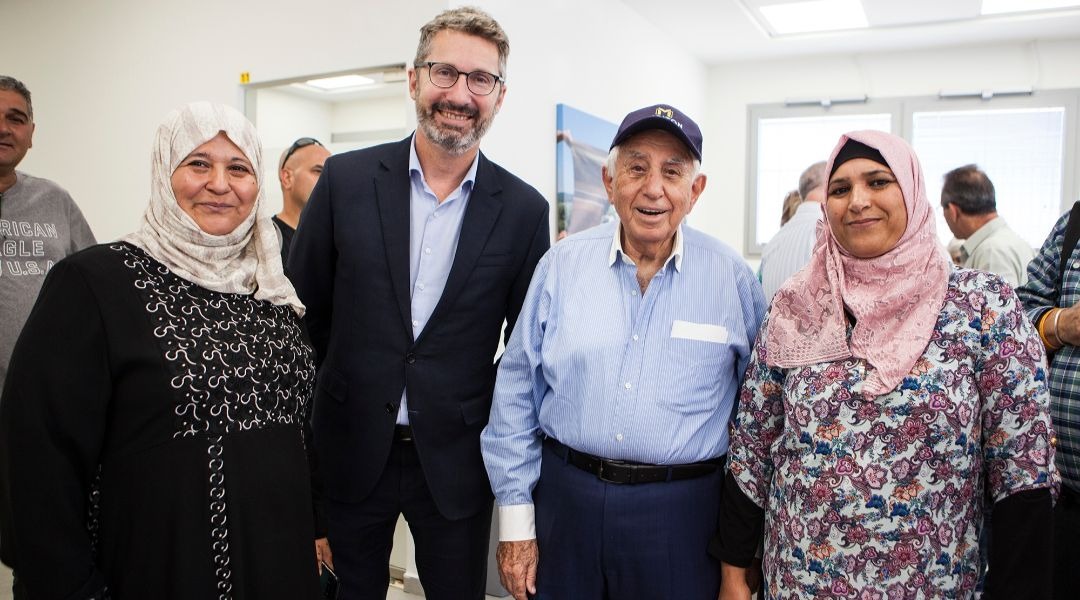 Harry Triguboff, in cap, and Australian Ambassador to Israel Chris Cannan with a Bedouin women who will benefit from the Switch Center. (SNAP Photography)
Advertisement

JERUSALEM (JTA) — A center for the training and advancement of employment in the Bedouin community has opened in southern Israel.

The Switch Center for Training and Advancement of Employment is a project of the Harry Oscar Triguboff Institute, in partnership with the Idan HaNegev Company and with assistance from JNF Australia.

Triguboff is a billionaire real estate developer and one of Australia’s richest people. He is the founder and managing director of Meriton, Australia’s largest apartment developer and also the country’s biggest residential home builder.

The center was opened earlier this month in a ceremony at the Idan HaNegev Industrial Park, located on the outskirts of Rahat, the largest Bedouin city in the world. Triguboff, his wife, Rhonda, and his two daughters attended the opening. Australia’s ambassador to Israel, Chris Cannan, also was in attendance.

Israel is home to more than 200,000 Bedouins, most living in the Negev in southern Israel.

“(W)hen there is employment, it is possible to achieve many good things.” Rahat Mayor Faiz Abu Sahiben said in a statement.

The center contains classrooms, a room for computer workshops, a clinic, a multi-purpose hall, work spaces, offices, an auditorium, and conference rooms. It will have both Bedouin and Jewish staff members, according to a statement from the Triguboff Institute.