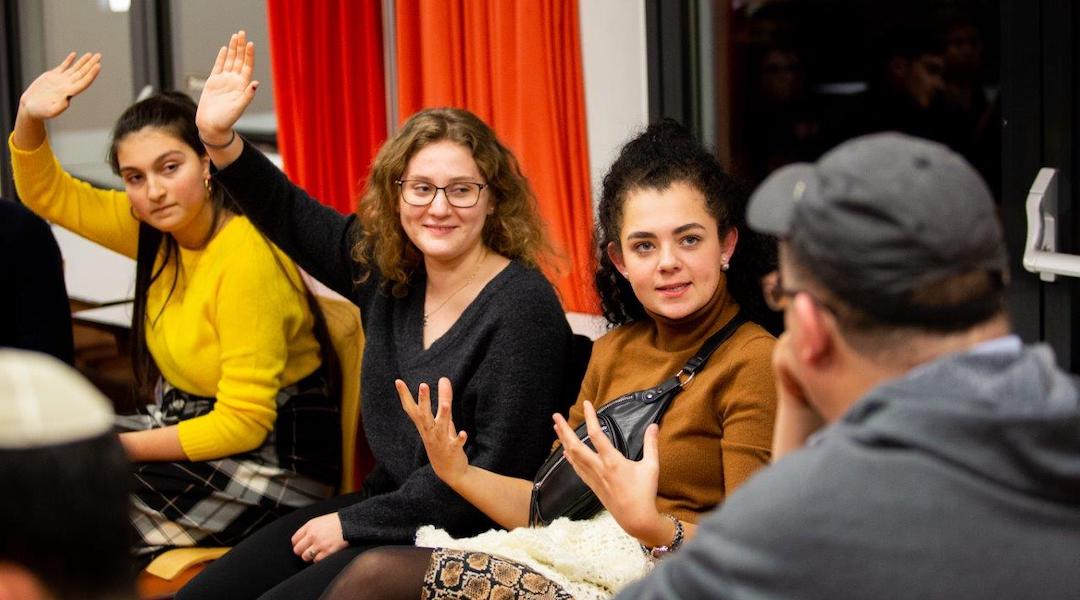 The "Meet a Jew" project brings Jewish volunteers into classrooms to talk about their experiences. (Courtesy of Meet a Jew)
Advertisement

(JTA) — The Central Council of Jews in Germany has launched a “Meet a Jew” project designed to increase contact between non-Jews and Jews in Germany, who make up 0.2 percent of the population.

One of the project’s over 300 Jewish volunteers from different denominational backgrounds are paired with Germans to talk about their lives, usually in a classroom setting. The topics can range from discussions of school life to whether or not they observe the Sabbath, and they often touch on personal experiences with anti-Semitism.

“We realized a lot of people in Germany don’t know Jewish people in person,” project coordinator Mascha Schmerling said. “The knowledge that they have about Jews comes from history books, from school, or it’s connected to the Shoah or current anti-Semitism or sometimes through the policies of Israel.”

The project is supported by the German Ministry of Family Affairs and Women. It’s not affiliated with the “Meet a Jew, Make a Friend” project that debuted in New York earlier this year.

“Our idea is really to introduce modern-day Jewish life, and to give Jewish people a face and a voice,” Schmerling said.

Lina Roisenwasser, 30, is a doctor in gynecology and obstetrics based in Berlin. She joined an earlier version of the project, called “Rent A Jew,” while studying in Mainz.