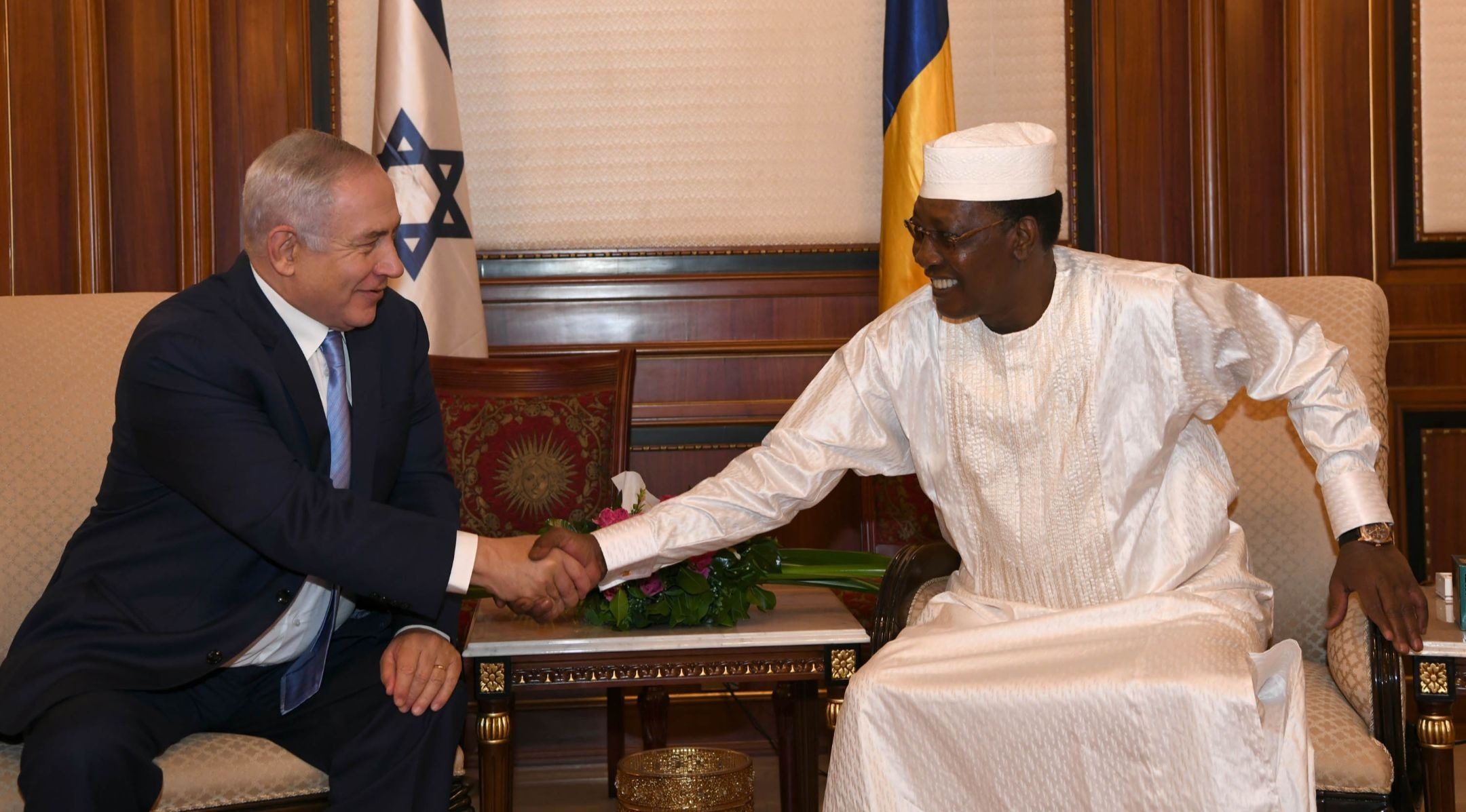 Israeli Prime Minister Benjamin Netanyahu and Chad's President Idriss Deby meet on Jan. 20, 2019 in the capital N’Djamena, and later announce the resumption of diplomatic relations between the two countries after more than 45 years. (Kobi Gideon/GPO)
Advertisement

(JTA) — An attack in the west African nation of Mali that left 10 Chadian U.N.  peacekeepers dead was in reaction to the visit to Chad by Israeli Prime Minister Benjamin Netanyahu.

An Al Qaeda-linked Islamist group in Mali, called Al-Qaeda in the Maghreb, claimed responsibility for the attack on a United Nations camp in northern Mali on Sunday, shortly after Netanyahu and Chad’s president, Idriss Deby, announced that the two countries would reestablish diplomatic ties.

The claim for the attack and the reason for it was relayed by the Mauritanian Al-Akhbar news agency, which receives statements from the group, the French news agency AFP reported.

In addition to the 10 killed peacekeepers, another 25 were injured.

Mahamat Saleh Annadif, the UN envoy for Mali, in a statement called the attack “vile and criminal.” He said the terrorists “arrived on several armed vehicles.”

“It demands a robust, immediate and concerted response from all forces to annihilate the peril of terrorism in the Sahel” region of Africa, the statement said.

The U.N. Security Council later on Sunday condemned the attack and paid homage to the peacekeepers.

There are about 13,000 UN peacekeepers deployed in Mali, to protect against violence by Islamist militias.