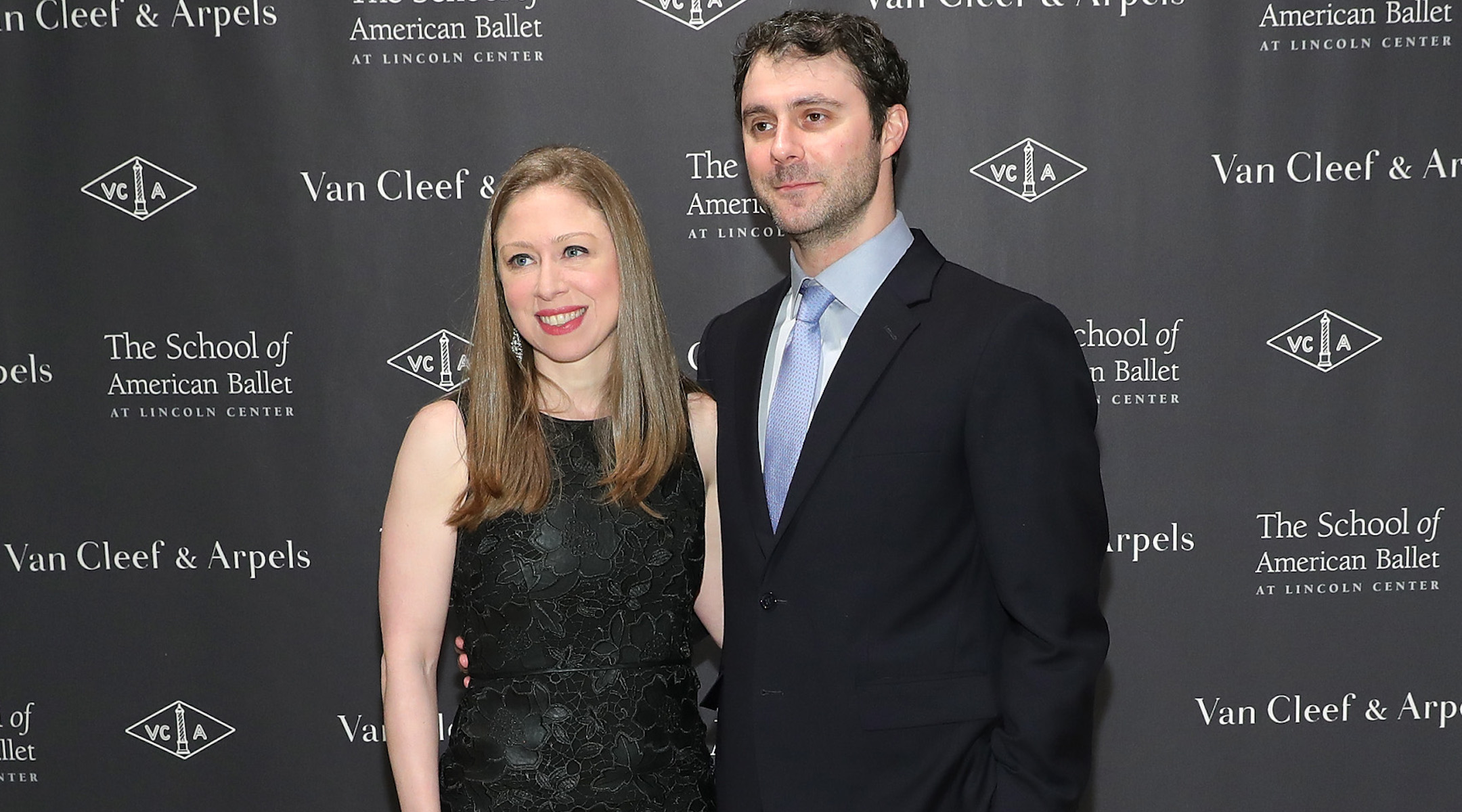 Clinton, the daughter of former President Bill Clinton and 2016 presidential nominee Hillary Clinton, made the announcement Tuesday on Twitter.

“Marc and I have loved watching Charlotte be such a wonderful big sister and we’re excited to watch Aidan become a big brother!” she wrote. “We cannot wait to meet our newest addition later this summer.”

Mezvinsky, who is Jewish, is the banker son of two ex-Congress members. Clinton serves as the vice chairwoman of the Bill, Hillary & Chelsea Clinton Foundation.

Clinton and Mezvinsky were married in late July 2010 under a traditional huppah, or Jewish wedding canopy, and recited the traditional sheva brachot, or seven wedding blessings. A rabbi and a Methodist minister officiated at the wedding. The couple signed a ketubah, or Jewish marriage contract.