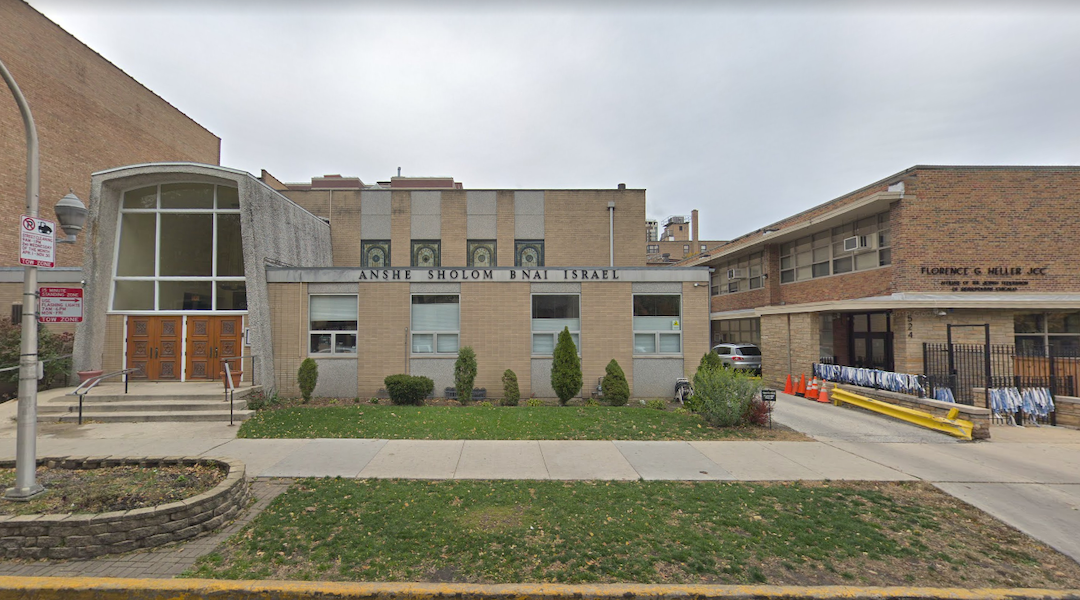 (JTA) — An arsonist attempted twice to set fire to a synagogue building in downtown Chicago.

Meanwhile, on the city’s North Side, vandals smashed the windows of cars parked outside of a synagogue.

Two attempts were made at around midnight Saturday to set alight the Anshei Sholom B’nei Israel synagogue in the Lakeview neighborhood. The remains of several Molotov cocktails were found outside the building. There was no damage.

The synagogue’s surveillance cameras filmed the arson attempts. Police told the local media that they have identified two suspects.

Rabbi David Wolkenfeld wrote a letter to his congregation.

“Someone attempted to violate the sacred space that serves as the beating heart of our vibrant community,” he said. “Our response must be to rededicate ourselves to honoring the sanctity of our shul. We will celebrate Shabbat as a community, and take advantage of other times to engage in prayer during the week. We will stand together and support one another when we are frightened or in need of help.”

In the other incident, police are investigating the rash of vandalism early Sunday morning outside at least one synagogue in the West Rogers Park neighborhood, including the smashing of windows of the cars.