Chickens on a plane: A Yom Kippur ritual is performed by air for Jews in locked-down Melbourne 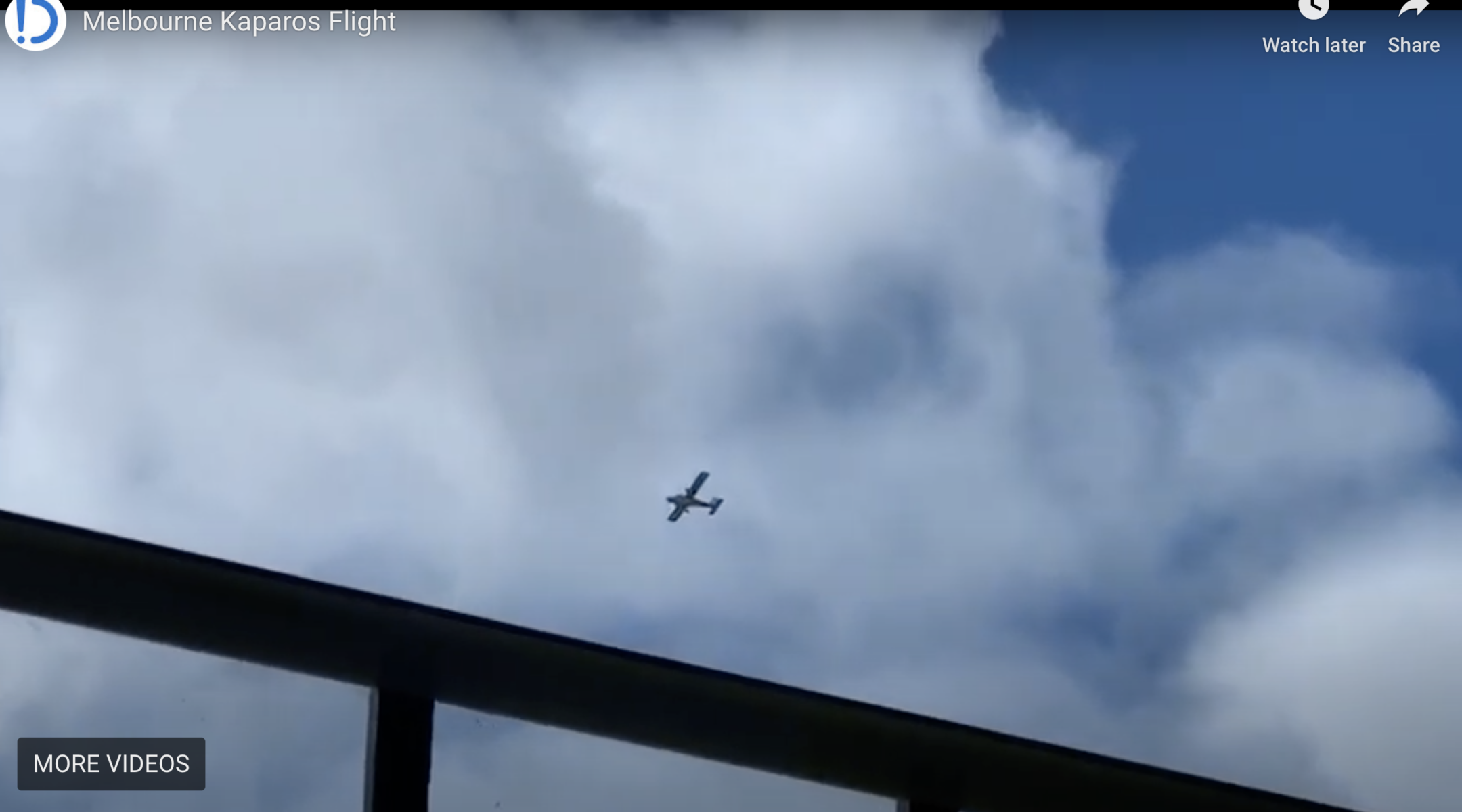 An airplane circled Melbourne Sunday for locked-down Jews who could not conduct the pre-Yom Kippur ritual of kapparot. (Youtube screenshot)
Advertisement

(JTA) — A Melbourne, Australia, pilot took to the skies with three chickens Sunday to carry out a pre-Yom Kippur ritual that was otherwise off limits for that city’s locked-down Jews.

Kapparot, practiced by some Orthodox Jews, involves swinging a live chicken over one’s head three times and reciting a prayer to transfer sins to the bird. The chicken is then slaughtered and donated to the poor. (Learn more about the ritual, which many animal rights activists have sought to curtail.)

This year, with large gatherings off limits because of the coronavirus pandemic, those who practice the ritual have struggled with how to carry it out. A Brooklyn organization is offering to deliver chickens to people’s homes. (A picture in a New York Times story about low rates of mask-wearing in Brooklyn’s Orthodox neighborhoods showed a man holding a live chicken, with no explanation of why.) In Israel, where the government has imposed stringent rules meant to reduce sky-high COVID-19 infections, kapparot is among the permitted reasons for travel.

In Melbourne, the entire city is locked down. So an enterprising philanthropist with access to an airplane decided to conduct a symbolic version above the heads of all of Melbourne’s Jews, by flying with chickens in circles over the city.

The hourlong, low-altitude flight was reported by the website Dan’s Deals, a popular budget travel site run by an Orthodox Jew who lives in Cleveland. The site showed the flight’s path over the city, with a dense set of circles over the city’s heavily Jewish neighborhoods, including Caulfield and St. Kilda.

According to Yeshiva World News, an Orthodox news service, the plane carried three chickens, two male and one female. It is traditional for men to swing male chickens and women to swing hens.

“I don’t think anyone here thinks they could be yoitze [having fulfilled one’s ritual obligation] with the fowl flyover,” a Melbourne resident wrote in a comment on Dan’s Deals. “But it was definitely a nice start to the day.”