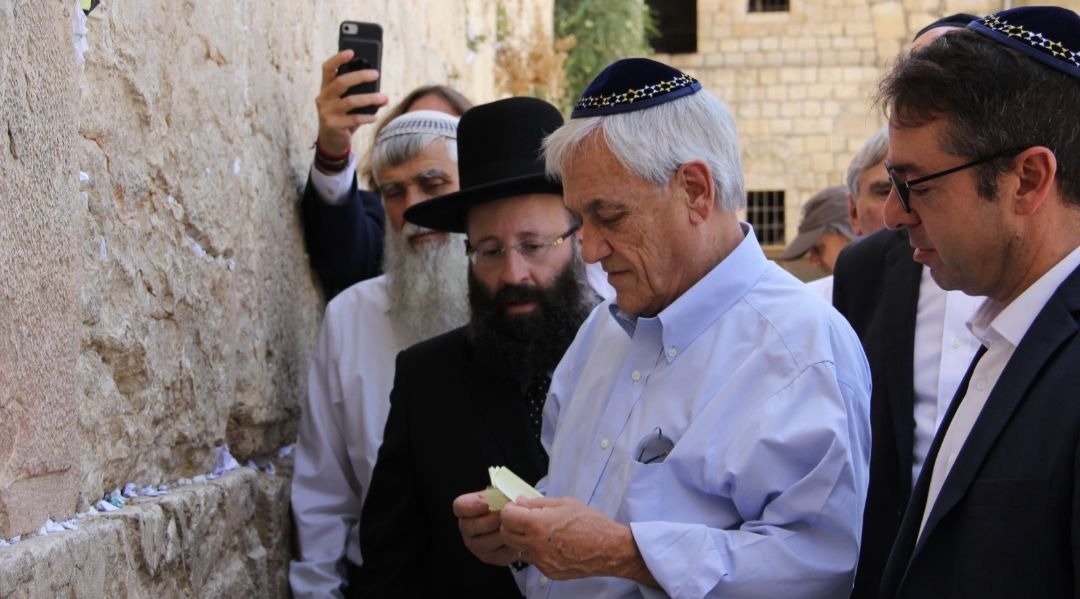 President Sebastian Pinera arrived in Israel for a three-day visit that includes meetings in the Palestinian Authority. He is scheduled to meet with Israeli Prime Minister Benjamin Netanyahu in Jerusalem and P.A. President Mahmoud Abbas in Ramallah.

On Wednesday, Israel’s Foreign Ministry reprimanded the Chilean ambassador, saying that the two countries had agreed that Pinera would not be accompanied by Palestinians on what had been scheduled as a private visit to the Temple Mount.

A ministry statement said Foreign Minister Yisrael Katz “views gravely any violation of Israel’s sovereignty on the Temple Mount, especially when it takes place in violation of protocol and clear agreements.”

“Jerusalem has been the capital of the Jewish people since the days of King David. As you know, the sovereign State of Israel allows, develops and cares for freedom of worship and religion for all those who enter the gates of Jerusalem. Our historical connection to Jerusalem, and our sovereignty in Jerusalem, make us responsible for preserving Jerusalem as a city of faith and peace,” Rivlin said.

He also said: “The gaps between us and the Palestinians are great, but we must begin with small steps of cooperation, and not to boycott or refuse plans that will improve our economic and social situation.”